ATHENS, Ga.—This afternoon, as head coach Mark Richt took to the podium to address the media, signifying the start of fall camp for the 2015 football season, the biggest question on the minds of most of the head coach’s audience concerned Georgia’s quarterback situation: who is going to be this year’s starter under center?

However, the biggest concern on Richt’s mind for this season—or, it probably should be if not already—concerns Georgia’s defensive line: how in the world are the Bulldogs going to stop the run?

More often than not, the casual fan tends to blame a team’s defensive line when the defensive unit struggles to stop the run, as was the case a year ago for Georgia. In the Bulldogs’ three losses in 2014, the opposition averaged more than a staggering 330 rushing yards per game and nearly six yards per rush. For the entire season, the Bulldogs yielded 4.1 yards per running play, marking just the second time in the previous 20 seasons (1995-2014) a Georgia defense allowed more than four yards per rush.

“[The defensive line is] kind of unique right now,” second-year UGA defensive coordinator Jeremy Pruitt said this afternoon when making a rare appearance in front of the media. “We have four [seniors] on the D-line (Sterling Bailey, James DeLoach, Chris Mayes, and Josh Dawson), but no juniors, and just one sophomore (John Atkins).”

Therefore, Georgia will evidently be forced to play a significant number of true freshmen at the unit which is likely “probably the hardest to play as a freshman,” according to Pruitt.

“The one thing we don’t want to do with these freshmen is create unrealistic expectations,” Pruitt said. “As a fan base, you have these [high] expectations when you start to recruit a lot of really good football players. But, the reality of it is there’s not a whole lot of true freshmen that play [at any position in the conference]. If you’re playing with a whole lot of true freshmen, you’re probably not very good.”

Whether playing with a whole lot of true freshmen, or otherwise, Georgia has not been very good at stopping the run for some time. Last season marked the fourth time in the last five years (2010-2014) the Bulldogs allowed their opposition to average at least 3.7 yards per rush; whereas, this was the case for the Georgia defense just once (2005) the previous 15 seasons (1995-2009).

Either way, whether the run defense sinks or swims, should Georgia’s defensive line be held solely responsible for stopping the run?

“Coach Pruitt says it best: it’s not the defensive line’s job to stop the run, but the job of the entire defense—as a defensive unit—to stop the run,” replied Lorenzo Carter, a standout outside linebacker entering his sophomore year. Carter then insinuated that not stopping the run a year ago was the result of a few factors—namely, mental errors, players out of position, and a lack of leadership—and not necessarily the fault of any one particular defensive unit.

As far as leadership, Carter added the Georgia defense should be well represented in 2015, particularly by senior linebacker Jordan Jenkins. Jenkins, a self-admitted “shy guy” within the program until the last year or so, has stepped out of his comfort zone, according to Carter, “doing things he wouldn’t have done prior to this year.”

“Yeah, just today,” Carter answered with a laugh when asked if Jenkins had yet to demonstrate leadership. “Probably just an hour ago, he came into the locker room and yelled at some outside linebacker, ‘you have two minutes to get into the meeting room!’”

Besides being a strong leader, Jenkins is also an advocate of the defensive line needing a lot of help in stopping opposing running games.

“A lot of people don’t understand that it’s not always the responsibility of the defensive linemen to set the edge to stop the run,” said Jenkins, who enters the season ranked fifth in school history with 70 career quarterback pressures. “Half the time, it might be a [defensive back] or one of us [linebackers] who sets the edge.”

Last season, Jenkins admitted at times he made mental errors or was out of position, but has learned from his mistakes. “When I set the edge, I need to not look inside, but trust the defensive linemen that they’ll do their job, so I can do mine,” he added.

And, if the defensive line does its job, and Jenkins and his fellow linebackers do theirs—a total run-stopping effort from the Bulldogs’ front seven—look for Georgia to likely buck its recent trend of allowing some of its opposition to simply run wild. 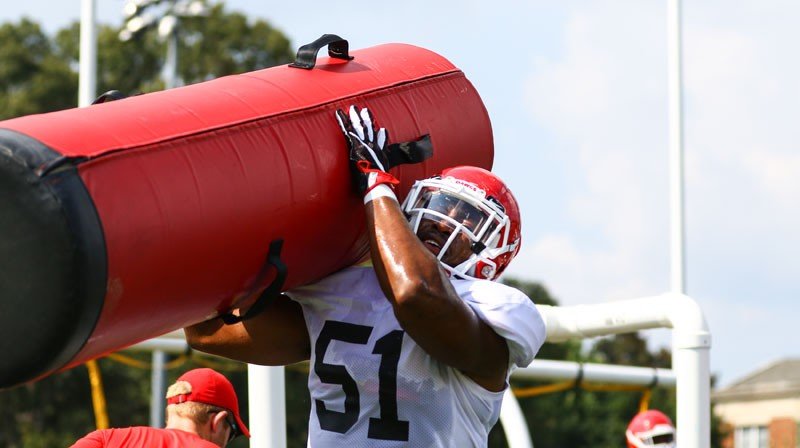 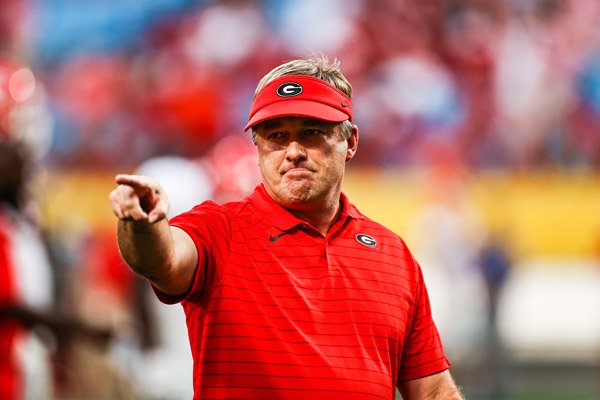 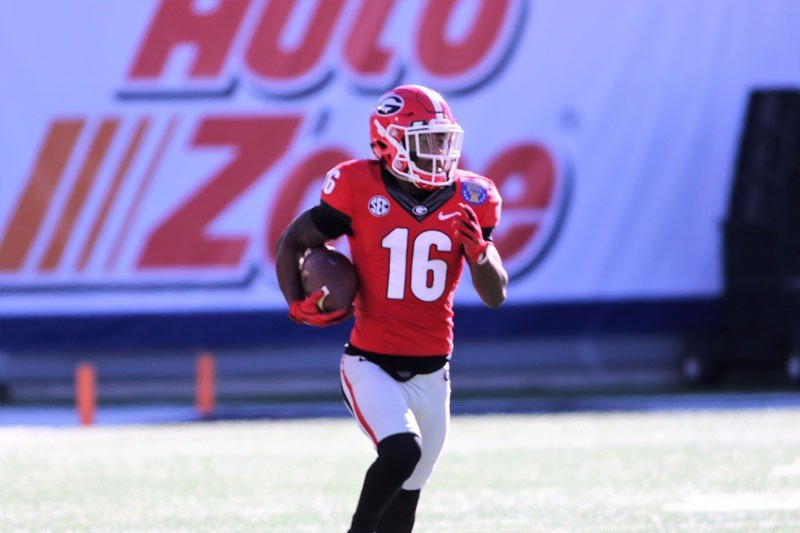