Bulldogs Bounce Back by Battering ‘Cats, 63-31

LEXINGTON—A week after the Bulldogs’ disappointing 18-point loss to Florida, while suffering through quite a history of having a “hangover effect” following double-digit losses, Georgia (7-2, 5-2 SEC) bounced back in a big way, bucking the decade-long bad trend, by throttling Kentucky (5-5, 2-5), 63-31, this afternoon in front of just over 60,000 in attendance at Commonwealth Stadium.

The 17th-ranked Bulldogs, whose 63 points were the most scored by a Georgia team against a conference foe in more than 70 years (75 vs. Florida in 1942), defeated their last three true road opponents on this season’s schedule—Missouri, Arkansas, and Kentucky—by a remarkable 26.3-point scoring margin.

In order for Georgia to rebound from its setback to the Gators, while remaining focus on its season goal to win the SEC title, it was imperative for the Bulldogs to get off to a fast start against the Wildcats on the road. And, a fast start Georgia did indeed get off to when freshman Isaiah McKenzie returned the game’s opening kickoff 90 yards for a touchdown.

“I [saw the hole] open up really quick on the right side, and once it opened up I knew I had the speed to get there,” said the speedy McKenzie regarding his opening return. “I just hit it”

For McKenize, who returned a punt for a touchdown earlier in the year against Troy, he became the first Bulldog in nearly 50 years (Kent Lawrence, 1966) to return both a kickoff and punt for a score in the same season.

Georgia’s good start turned into a tremendous one when the Bulldogs scored touchdowns on their first two offensive possessions and built a 21-0 lead. First, quarterback Hutson Mason passed for a 15-yard touchdown to Chris Conley, followed by an 18-yard scoring run by Nick Chubb.

Chubb, who finished with 170 rushing yards on only 13 carries, became just the second Bulldog true freshman in history to achieve four consecutive 100-yard rushing outings. In 1980, Herschel Walker reached four in a row, like Chubb, in games six through nine of his freshman campaign.

“I am very happy,” Chubb said of Georgia’s recent winning ways on the road. “I feel like everyone has been picking up each other’s slack, especially on the defensive side of the ball. We have also been putting up points on offense, and I feel like that is what it takes to keep winning.”

After punting on its first two offensive possessions, Kentucky’s efficient offense ran the game’s next 24 offensive plays. After a 74-yard, 16-play drive ended with a touchdown, the Wildcats recovered a misplayed kickoff, and tallied a field goal on their ensuing drive, cutting Georgia’s lead to 24-10.

Prior to halftime, Mason added touchdown passes to Malcolm Mitchell and Conley for a second time. For Mitchell, who sat out nearly all of last season and the first four games of this season with injuries, it was the redshirt junior’s first touchdown scored in two years (Georgia Southern, 2012). However, for each Georgia touchdown, Kentucky answered with a score of its own: touchdown runs by running back “Boom” Williams and quarterback Patrick Towles.

For the game, Williams rushed for 100 yards on just 10 carries. Dual-threat Towles completed 16 of 31 passes for just 139 yards, one touchdown, and one interception, while rushing for 60 yards and the touchdown on 17 carries.

With the Bulldogs having a 35-24 halftime advantage, the scoring spree continued into the third and fourth quarters, but with all of the second-half points predominantly scored by Georgia.

On the first play of the second half, Towles was intercepted by Bulldog safety Corey Moore. After four consecutive Chubb runs down to the Kentucky 10-yard line, Mason passed to tight end Jeb Blazevich for a touchdown and a 42-24 Georgia advantage.

Before taking the final quarter off, Mason was near-perfect in the first three quarters of play, completing 13 of 16 passes for 174 yards, 4 touchdowns and no interceptions.

Less than two minutes later, McKenzie reached another milestone in the annals of UGA football when he returned a Wildcat punt for a 59-yard touchdown. Giving Georgia a 49-24 advantage, McKenzie became the first Bulldog in history to return both a kickoff and punt for touchdowns in the same game.

Late in the third quarter, Sony Michel capped a 95-yard drive with a touchdown run from 23 yards out. The true freshman tailback, playing his first game in six weeks following an injury, rushed for 84 yards on a team-high 16 carries. Also worthy of mention was the play from Jonathon Rumph. The senior wide receiver, seeing his first action all season, caught 4 passes for a game-high 81 yards.

With Georgia leading 56-24 after three quarters, backup quarterback Brice Ramsey played almost the entire fourth quarter and directed the Bulldogs to a touchdown with just under 10 minutes remaining. The redshirt freshman completed 5 of 5 passes for 80 yards, including an 8-yard scoring toss to Blazevich.

Following Georgia’s satisfying 63-31 victory, and apparently with their loss to Florida well behind them, the Bulldogs will finish their regular season with three consecutive home games, beginning with a critical meeting with Auburn next Saturday.

“It’s going to be nice to be home,” Georgia head coach Mark Richt said following the game. “It’s going to be an exciting day next week for sure. … I’m glad we had an early game today and got the victory and we can get home with a little bit of time to regroup and rest before we start getting cranked up on that plan for Auburn.” 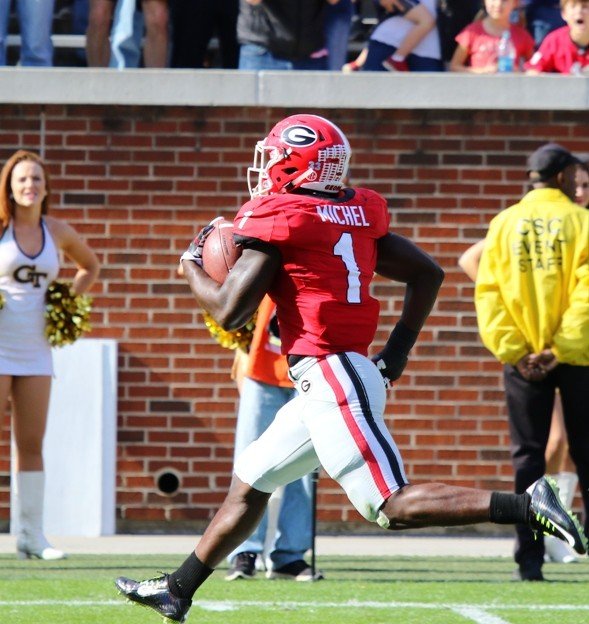 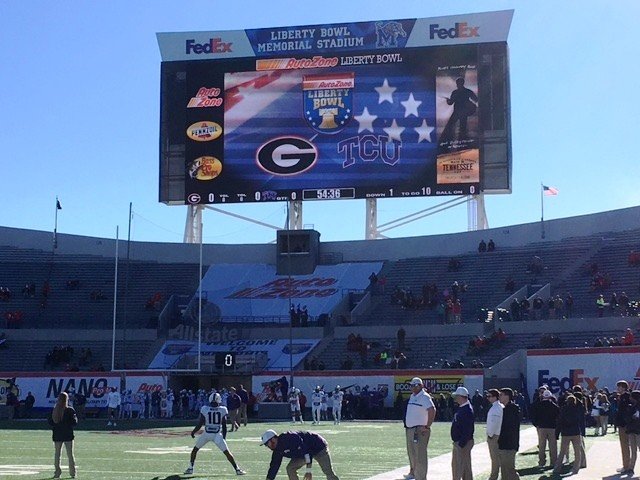 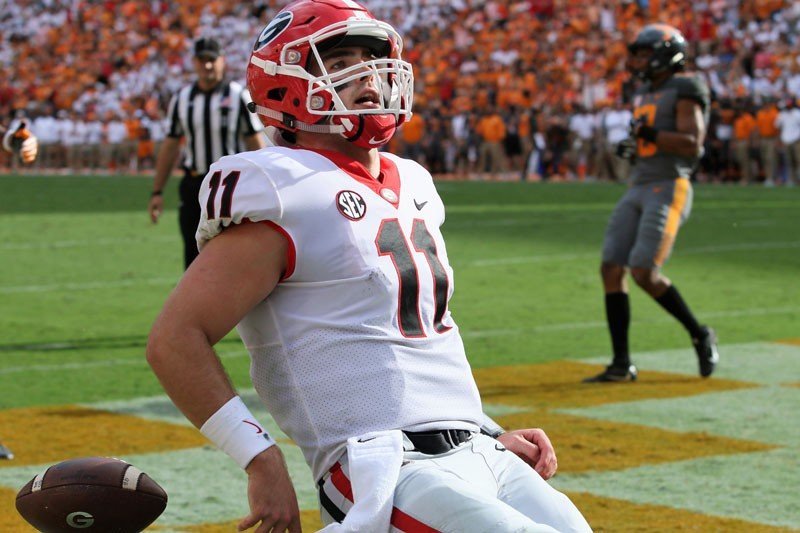