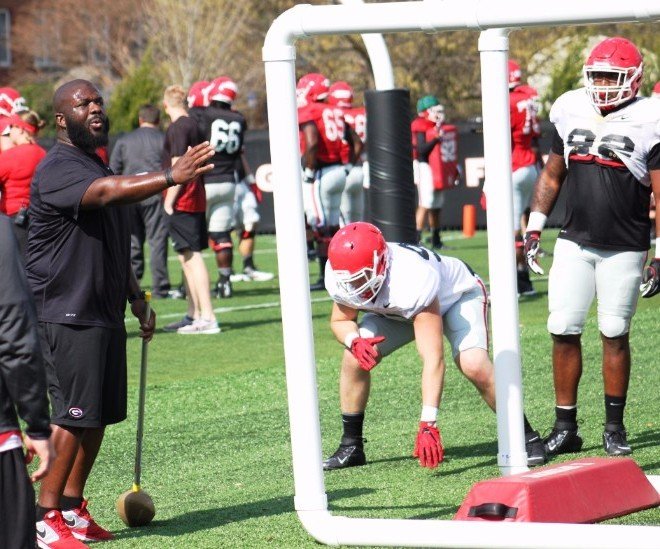 ATHENS, Ga. — The Georgia football team held its sixth practice of the spring Saturday afternoon at the Woodruff Practice Fields.

Today’s workout also concluded the annual UGA coaches’ clinic, which began on Thursday.  The Bulldogs will have nine more spring practices, culminating with its annual G-Day intrasquad game on Saturday, April 22. With the team finishing up its second week of work this spring, Georgia’s defensive unit has begun to zero in on its list of things to work on.

‘’As a group, we just have to pick it up and really execute,’’ said senior cornerback Aaron Davis.  ‘’That’s the thing that might have been lacking so far, execution on things that we should be able to do.  A lot of times, if you’re not doing what you’re supposed to be doing, it can be looked at as being complacent or just not focused.  But guys need to be locked in and know what to do, get out there and translate it to the field.’’

‘’We just challenge each other,’’ said senior linebacker Reggie Carter.  ‘’Everybody in that room has built a good bond and a good friendship. We have a challenge board of certain stuff each day, and we get points if we complete the challenge.  We get challenged each day, mostly on mental aspects:  quick twitch, strike and just awareness…being smart.’’

Kickoff for the G-Day game is scheduled for 2:00 p.m. Admission is free.

UGA will use G-Day to implement the SEC’s Clear Bag Policy, which will go into effect at all SEC venues beginning this fall. The policy will also be in effect, beginning in the 2017-18 competition year, at all of UGA’s ticketed sports venues: Sanford Stadium, Stegeman Coliseum (men’s and women’s basketball, gymnastics) and Foley Field (baseball). More information on the SEC Clear Bag Policy can be found at http://georgiadogs.com/clear-bag-policy.

Georgia returns to the practice field for workout No. 7 on Tuesday, April 4. 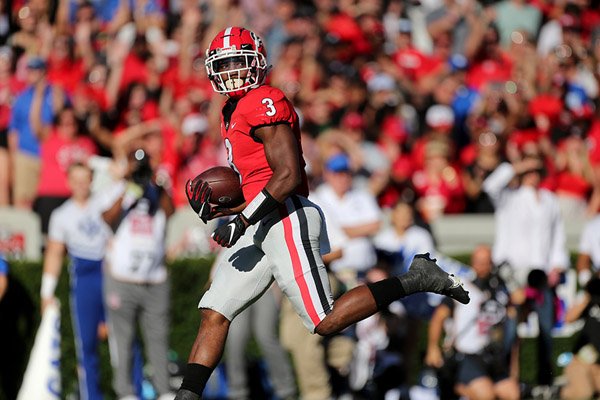