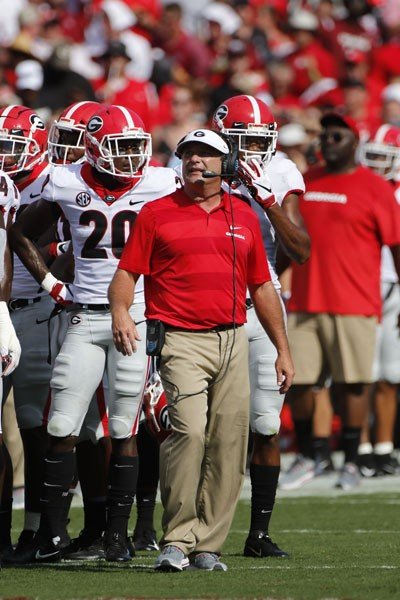 COLUMBIA, S.C. – The third-ranked Georgia Bulldogs traveled to Williams-Brice Stadium for their Southeastern Conference opener and a 41-17 rout of the 24th-ranked South Carolina Gamecocks in front of a CBS nationally televised audience on Saturday. 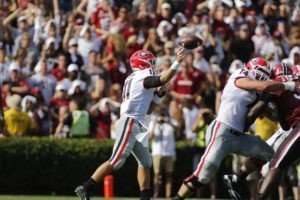 On the defensive side, redshirt junior J.R. Reed and senior Deandre Baker registered an interception apiece, with sophomores Richard LeCounte and Monty Rice pacing the defense with career-highs of 10 and eight tackles, respectively.

“When we execute, we are hard to stop,” Georgia head coach Kirby Smart said. “That is important for us to be able to execute and do the things we need to do to have success. I do think our team played physical, played hard, and overcame a tough environment, but we didn’t play our best game. We have to improve.

The Georgia defense produced the first Bulldog points. A deflected pass from Jake Bentley intended for running back Rico Dowdle found Baker, who returned it for 55 yards but fumbled inches before the end zone. Taylor trailed it and completed the touchdown, and Blankenship’s extra point secured the 7-0 margin.

Following a South Carolina three-and-out, a 30-yard Fromm-Hardman completion and a 15-yard Gamecock penalty positioned Georgia in the Red Zone. The next play, Swift sealed the two-touchdown lead with an untouched 17-yard rush.

South Carolina added a touchdown of their own on the next drive, using Deebo Samuel’s arm to find Bryan Edwards in the end zone. The Gamecocks then re-gained offensive possession with an intercepted pass from Rashad Fenton, but Georgia forced the South Carolina offense off the field after three plays and a failed fourth-down attempt, setting up a 45-yard field goal from Blankenship.

After both teams exchanged possessions, South Carolina started on its own 20-yard line and marched to Georgia’s 6-yard line at the 7:36 mark in the second quarter. The Bulldog defense proceeded to hold the Gamecocks to a field goal, featuring a sack for a loss of three yards from senior linebacker D’Andre Walker.

Under the two-minute marker, the Bulldogs halted the Gamecock offense and returned the ball to Fromm. With 43 seconds left in the half at the 33 yard-line, the quarterback from Warner Robins, Georgia completed passes to junior tight end Isaac Nauta and senior wide receiver Riley Ridley. Fromm ran for another seven yards before Blankenship boomed a second 45-yard field goal for the 20-10 lead at the half.

Back from the locker room, the Bulldogs directed a 6-play, 75-yard possession, capped by a 34-yard pass from Fromm to Hardman for the 27-10 advantage with a Blankenship extra point.

Sixty seconds later, the Georgia offense was on the field again, beginning a five-play, 70-yard production, highlighted again by Fromm and Hardman, who connected for 42 yards before a 5-yard touchdown from Holyfield.

A South Carolina three-and-out set up a Georgia drive flooded with runs from three different Bulldog backs: Swift, Holyfield and Herrien, who used a 15-yard touchdown to help Georgia to a 41-10 lead with three minutes remaining in the third quarter.

With the Gamecocks on the Georgia 5-yard line at the 13:25 mark in the fourth quarter, Reed caught a Bentley pass in the end zone for the second Bulldog interception of the game. South Carolina tacked on a touchdown with 9:59 remaining in the game, but Georgia maintained possession for the 41-17 final.

Next, the Bulldogs return to Athens, Georgia for a meeting with Middle Tennessee, slated for 7:15 p.m. on ESPN2. 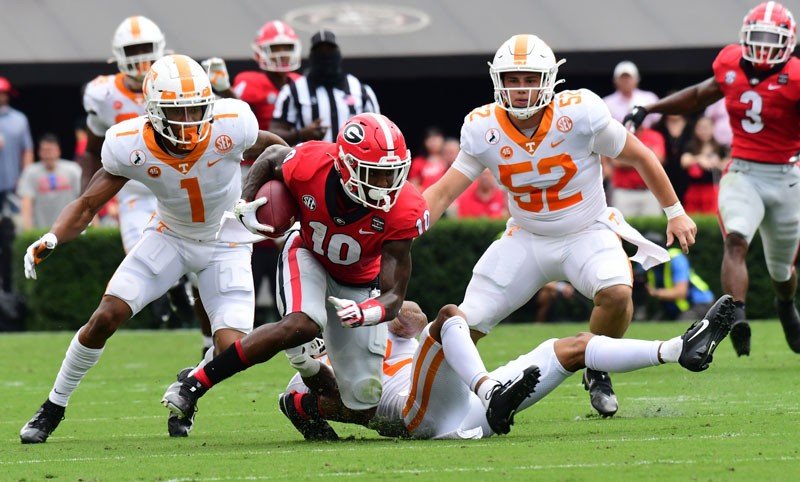 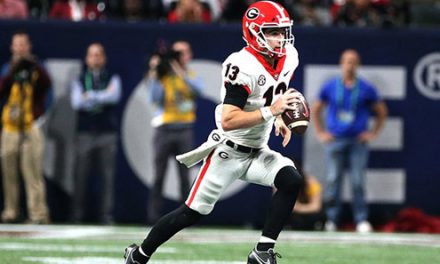 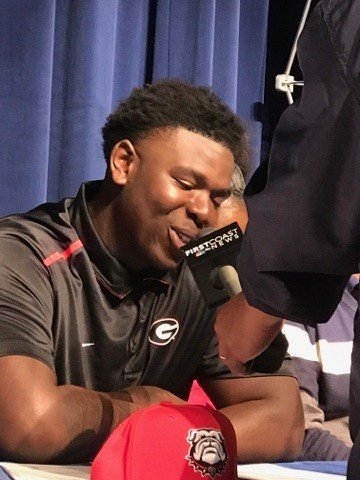