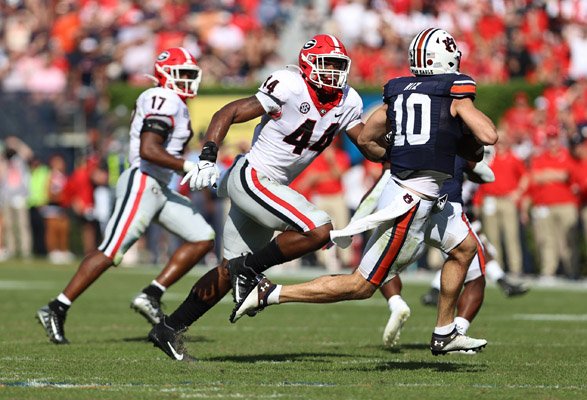 LAS VEGAS – Highlighted by defensive lineman Travon Walker going first overall to the Jacksonville Jaguars, the University of Georgia football team saw a program-record five players selected in the first round of the 2022 NFL Draft Thursday evening at the Linq Promenade.

After Walker’s selection, defensive lineman Jordan Davis was selected 13th overall by the Philadelphia Eagles, followed by linebacker Quay Walker and defensive lineman Devonte Wyatt both being chosen by the Green Bay Packers with the 22nd and 29th picks. The selections closed with safety Lewis Cine going to the Minnesota Vikings with the 32nd pick. The selection of five defensive players in the opening round broke a record set by Miami in 2004 and Florida State in 2006.

The five players chosen led all schools in the first round and broke the previous program record of three selected in 2018 (Roquan Smith, Isaiah Wynn, Sony Michel). With Walker, Davis, and Wyatt being selected, Georgia joined Clemson in 2019 as the only program to have three defensive linemen selected in the same first round in the Common Draft Era (1967-present).

Walker is the fifth Georgia football player to be selected first overall in the NFL Draft and the first since Matthew Stafford was picked first by the Detroit Lions in 2009. With the pick, Georgia ties Notre Dame, Oklahoma, and USC for the most first-overall picks by one institution at five. It is also the earliest selection for a Georgia defensive player in the Common Draft Era, besting the No. 6 picks previously used on Richard Seymour (2001) and Johnathan Sullivan (2003).

Walker is the 16th defensive lineman to be selected first in the draft, the third-most of any position behind quarterback and running back in the event’s 87-year history. He is also the third defensive lineman to go first in the past decade, joining fellow SEC products Jadeveon Clowney (Houston Texans, 2014) and Myles Garrett (Cleveland Browns, 2017). Additionally, he is the fifth Bulldog to be chosen by Jacksonville, following former teammate Tyson Campbell, who was selected 33rd overall last year.

The Thomaston native started at defensive tackle in all 15 games last season for the Bulldogs, tallying 37 total tackles, six sacks, 7.5 tackles for loss, and a team-high 36 quarterback hurries. Walker closed out his Georgia tenure with a career-best seven pressures in the College Football Playoff National Championship Game against Alabama. In 2019, he was named to the Freshman All-SEC Team, helping Georgia clinch the SEC East title at Auburn on a fourth-down sack of Bo Nix. 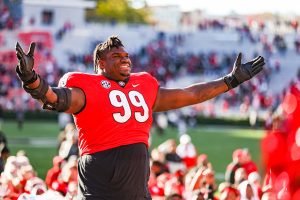 Georgia defensive lineman Jordan Davis (99) after the Bulldogs’ game against Charleston Southern on Dooley Field at Sanford Stadium in Athens, Ga., on Saturday, Nov. 20, 2021. Davis was made an honorary red coat member. (Photo by Mackenzie Miles)

Davis, the Outland Trophy and Bednarik Award winner, started 14 games for the Bulldogs in 2021, racking up 32 tackles, 5.5 stops for loss, and two sacks. The Charlotte, North Carolina native also scored a rushing touchdown in the home finale against Charleston Southern. Among his many plaudits in his senior campaign, he was named to the First Team All-SEC and was a finalist for the Bronko Nagurski Trophy and Lott IMPACT Trophy.

Davis is the first Bulldog selected by Philadelphia since Brandon Boykin was drafted 123rd overall in 2012. He is also the 22nd Georgia player chosen by the Eagles, the most of any NFL franchise.

Walker started all 15 games in 2021, finishing the season with 67 tackles and 5.5 tackles for loss. In the national title game, the Cordele native led the Bulldogs with eight tackles, along with six quarterback pressures. During the regular season, he notched 13 tackles against Florida and nine against Kentucky. In his junior season, he helped lead the Bulldog defense against Cincinnati in the Peach Bowl with seven tackles and a key fourth-quarter sack.

Wyatt, a First Team All-SEC selection by the league’s coaches, started in 14 games last season, leading all interior linemen with 39 tackles. The Decatur native earned SEC Defensive Lineman of the Week honors following a six-tackle performance against Arkansas, adding in 1.5 sacks and three pressures. He also stifled Kentucky with a blocked field goal to close out the third quarter.

By selecting Walker and Wyatt, Green Bay has selected three consecutive Georgia players in the first round, following the pick of defensive back Eric Stokes last year.

Cine, a First Team All-SEC selection by the Associated Press, led the Bulldogs last season with 73 tackles and nine pass breakups. The Cedar Hill, Texas native was named Defensive MVP of the national championship with seven tackles and a breakup. In the season-opening victory over Clemson, Cine led the team with nine tackles.

Cine is only the sixth Bulldog selected by the Vikings and the first since kicker Blair Walsh was picked 175th overall in 2012.

The NFL Draft continues Friday with rounds 2-3 starting at 7 p.m., followed by the final four rounds beginning Saturday at noon. 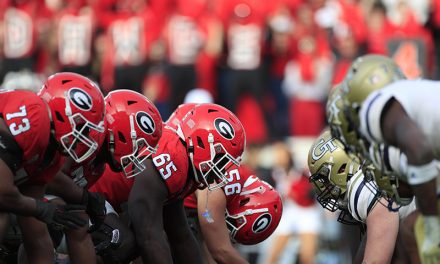 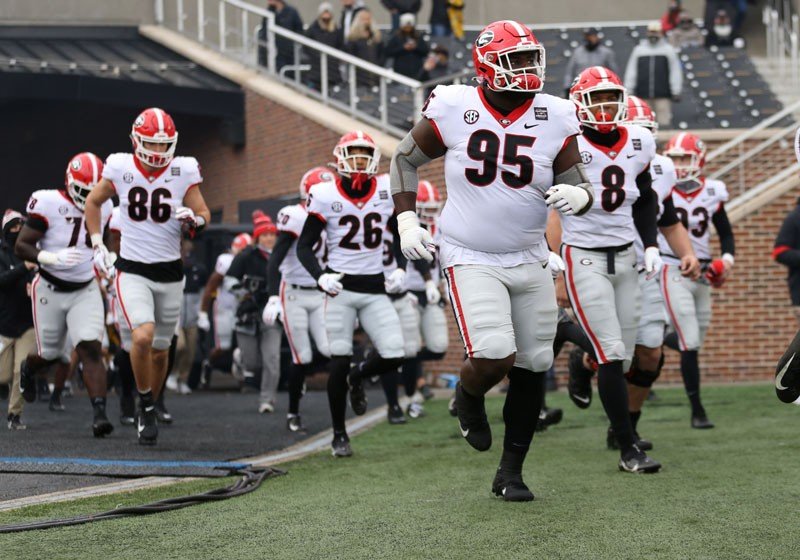 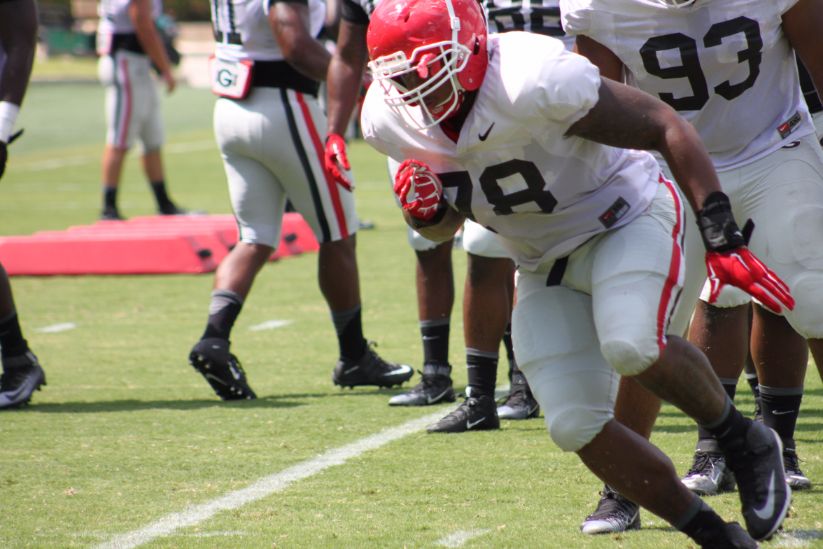