“We’ve got a big SEC home opener,” said Smart. “I have a lot of respect for Dan (Mullen). Defensively, they’re doing a lot of really good things. Nick Fitzgerald has proven to be one of the premier quarterbacks in the country. We’ve got some great challenges ahead of us, and I look forward to a big-time matchup.”

MSU enters the contest leading the SEC and ranked ninth nationally in scoring, averaging 47.7 points per game while surrendering just 9.3 points a game. Fitzgerald is the reigning SEC Offensive Player of the Week while State’s Darryl Williams (OL) and Jeffery Simmons (NG) also were recognized by the league for their performance in last Saturday’s 30-point win over 12th-ranked LSU.

Smart was asked about the development of Georgia’s true freshman quarterback Jake Fromm who has started the past two games due to sophomore Jacob Eason being sidelined with a knee injury. Fromm is 34-for-57 for 449 yards with five touchdowns, one interception and two fumbles.

“We’ve talked to him about decision-making,” said Smart. “I don’t like to talk about outcomes and wins or losses. You try to make it more about the decision-making. When you’ve got an opportunity to make a play, we want him to be confident and do that. When you’re not sure, it’s okay to throw it away and play for another down. When you scramble, get rid of the ball or slide, don’t turn the ball over. The mistakes he’s made have been those kinds of things as opposed to just making good decisions. We continue to encourage him to make better decisions.”

After Wednesday’s workout, selected players met with the media and discussed their preparation this week and fielded questions regarding MSU.

“We’re approaching them like any team, we know we’re going to have to play hard and physical, and we need to protect and communicate with each other,” said redshirt freshman offensive lineman Solomon Kindley.

Kindley added that he is excited to be contributing now after being redshirted last year and then being hampered with an injury earlier this season. He made his first career start last week in the win over Samford.

“The difference between last year to this year is my weight and working on the mental part of the game, also staying in the film room,” Kindley added. “We have a great nutrition program, and I’m eating right. I’m at 330 now. It was frustrating when this season started because I wanted to play but I couldn’t because of my ankle. However, I know when it’s time to get called up, I have to be ready.”

“Jeffrey Simmons is a great player, and we have to aware where he is always,” said senior fullback Christian Payne. “He’s got a lot of moves; he’s quick and a big nose tackle. We’re all looking forward to the challenge.”

Kickoff Saturday for the Georgia-MSU contest will be at 7 p.m., and the game will air on ESPN. 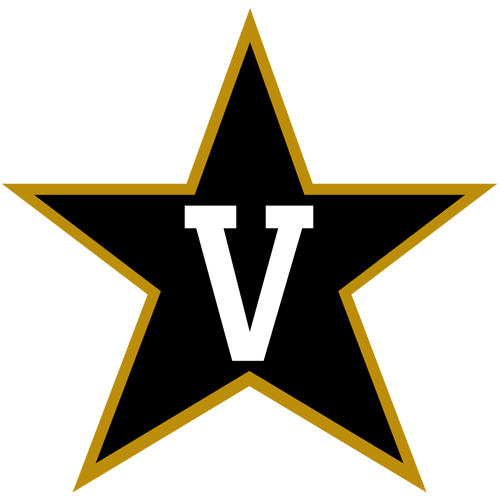 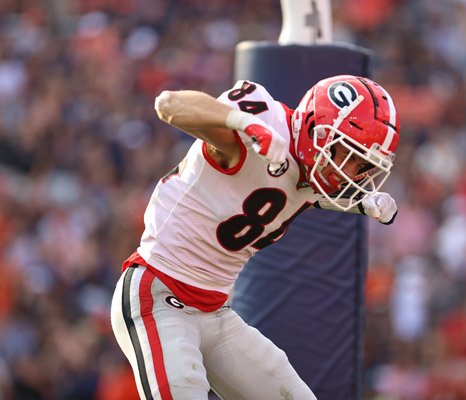 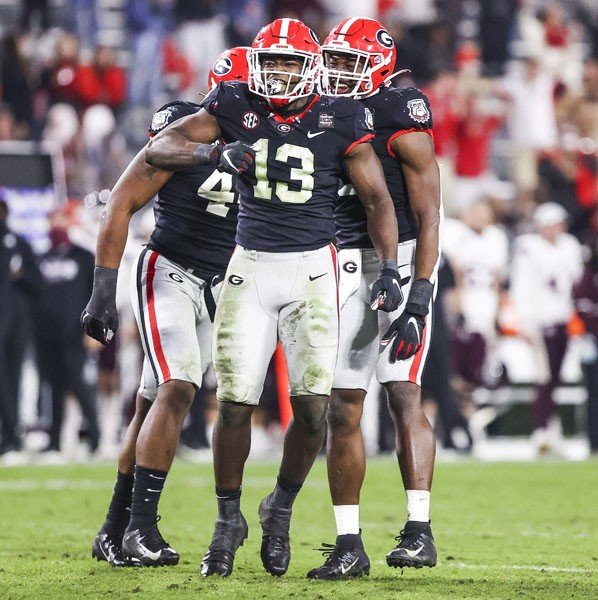