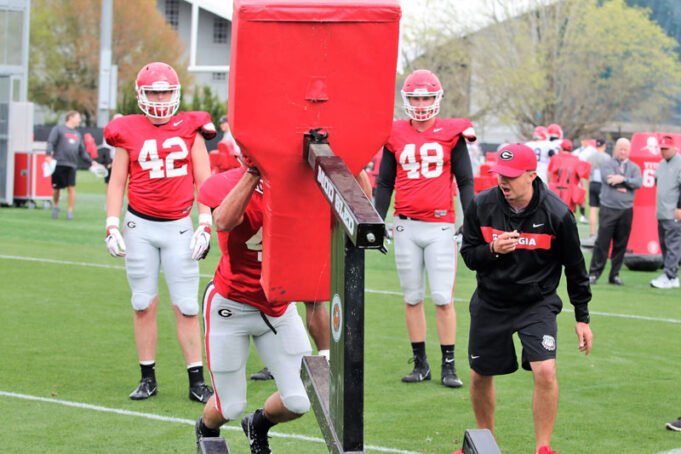 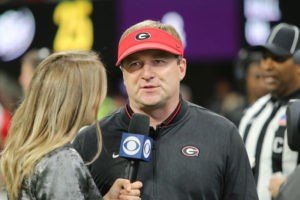 ATHENS, Ga. — The third-ranked Georgia Bulldogs continued preparations Wednesday for their season opener with a two-hour workout in full pads.

Below are comments from Georgia coach Kirby Smart’s session with the media after Wednesday’s practice.

“We finished up practice yesterday and it was warm outside, it was after two days kind of off. We had a walk-through Monday. Sunday was off, Monday was walk-through and Tuesday was probably not the kind of caliber practice we needed to have. I thought it was one of our worst practices, which is typical because they come off the scrimmage, they come off the two days off and they’ve been in school, and also they think it’s going to be easy, but it’s not. We didn’t practice very good Tuesday but we had a better practice today. The leaders stepped up and challenged them to have a better practice. I thought they had a better practice today.”

“Sometimes, I would call on the leadership group and talk about it. I didn’t in this case. I just talked about it in the team meeting and just said we didn’t practice very good yesterday. They saw it, and they knew it. We had clips and we had a lot of busts. That’s what happens when you take two days away. It’s almost like some of the information just evaporates. So the young players struggled. Nobody really hit anybody. I think that they’re game-ready and they’re not. So, we went out and had a more physical practice yesterday and today.”

“He’s done a nice job developing. He came in last year in kind of a backup role, and he ended up winning the starting job by the way he played, made some big plays in some big games and did a nice job. He’s in competition right now. There are three or four guys out there at corner that will compete, and he knows it. He’s got to step it up and play well every day, because we’re only judged based on our last play. He’s challenging to win a starting position.”

On Stokes providing leadership in the secondary

“Eric is a bright, conscientious guy. He’s very different than [Deandre] Baker because they’re just two different kind of players. Eric’s been an asset for us. I think he understands our defensive concepts, and the best thing he does is lead by communicating.”

On injury status of Jamaree Salyer and Nakobe Dean

“They were both out there at practice halfway through. They worked with the trainers early on and they’ve both been dinged up, but both of them I expect a full recovery.”

On how the team his progressed to where they are now

“I’m never satisfied with where we are. I get that question a lot and I never know how to answer it. I really don’t. Are we where we need to be? I don’t know that. I think we could have done better at the practice before that and the practice before that. I want every practice to be good. When we’re not good, I get frustrated with it, but I’m not disappointed with the way our team has practiced or where we are as a team. We’ve got a lot of work to do and we’ve still got time to do it. We’re not working on Vandy yet. We as coaches are, but as the team and the players we’re trying to sharpen iron. Iron sharpens iron. We’re trying to go good on good and be competitive today.”

On D’Andre Swift practicing in a non-contact jersey

“That was just so y’all would focus on that. I see that it obviously worked. Y’all missed, at least I haven’t seen it written yet, what I didn’t want you to see. You’ve got that good. I’m glad y’all got that.”

“I can tell you how Channing and Quay are doing, but it really has nothing to do with Nakobe. Channing’s doing really well. He’s explosive, he’s valuable for us on third downs. He’s one of our top special teams players on the whole team. Quay has improved immensely. He’s in competition to play or start. He’s very instinctive and a good blitzer. Quay has improved a lot from last year, but both of those are separate from Nakobe because whether Nakobe’s there or not, they’re practicing the same number of reps.”

“I don’t know that Jermaine’s been full speed. Early in camp, he sprained his ankle a couple times. In practice, he’d hit everything but I don’t think he was 100 percent. I thought in the scrimmage the other day, there were some plays where he showed burst and acceleration in kicking situations and edge situations. He did a really nice job. We were really pleased with his jump from scrimmage one to scrimmage two, but he’s not where he needs to be. He has to continue to improve to be able to say, ‘This guy is going to help us down into that.’ Now, we do think that he can help us on special teams. He’s fighting for opportunities to get reps and he’s fighting with Azeez [Ojulari], Walter [Grant], Nolan [Smith], Robert [Beal Jr.] and Adam [Anderson] There’s some dudes over there.”

On watching the Florida-Miami game

On his relationship with Vanderbilt coach Derek Mason

“We’ve always had mutual respect for each other. He was a defensive coach at Stanford when we went out there and visited and talked ball with Coach Shaw. He goes on the Nike trip with some of the coaches that are Nike schools. I got to meet his wife and hear about his family. He met my wife. We got to experience some down time together. I got a lot of respect for  Derek, and the way he runs his program.’”

On competition on the offensive line and at wide receiver

“They are some tight battles on the offensive line and there are some that aren’t tight. There are some guys that deserve to play that we hope to play. {At wide receiver} Tyler Simmons is a starter for us assuming he’s healthy and ready to go but outside of him, there’s battles at every one of those positions.”

“They’ve both done a good job and both are competitive. Both kids deserve to play. They have worked really hard. They are different but similar in body types. We hope to keep guys fresh and play the best guy. Sometimes you go with the hot hand. Sometimes you go with the guy that had the best week of practice. The good thing is you can’t relax because the guy behind you is just as good as you and is trying to win the job too. They both play “Money,” they both can play “Star.” We’re going to get a lot of guys experience.”

On how Tyrique McGhee fits in the defense

“He’s played a lot in the last couple of years especially last year. This year he hasn’t played as much “Star” for us. We had to get a little bigger and more physical at that position. He’s very similar to Aaron Davis. He can go play corner, he can play “Star,” he can play “Money,” he can play safety. Aaron played a lot for us because we didn’t have the depth when he was here. I expect Tyrique to play a lot. He is a very dominant special teams player. He is a very unique player, a utility guy that can play a little bit of everything, and we expect him to do that.”

After having a pair of 1,000 yard rushers the last two season, do you think the carries will be split up again in 2019

“In a perfect world, I want success, and I want success for each one of those players. If each one of those backs has success, you could end up with nobody getting 1,000 yards and have three or four guys get really close. The defense dictates sometimes what we do offensively. I’d love to have two 1,000 yards rushers again. I think it helps you recruit. It helps you have the guys that are the bell cows. But I’m not past playing four backs.”