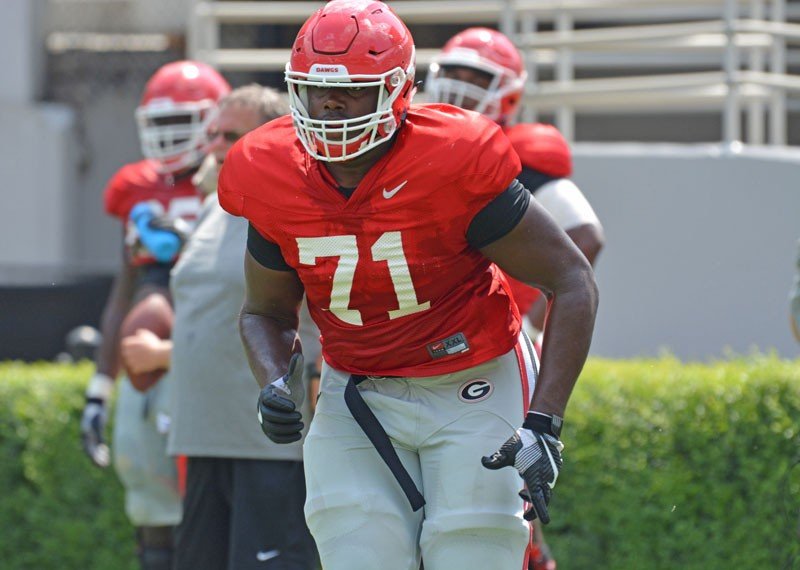 The Joe Moore Award voting committee will announce the selection of the award’s winner after a surprise visit to the winning university’s campus in late December.  Alabama and Oklahoma join Georgia as finalists for the honor.

The Bulldogs offensive line is led by Broyles Award semifinalist Sam Pittman.  Pittman’s unit leads the SEC in Rushing Offense at 251.6 yards per game and most recently tallied 454 total yards on offense and 28 points versus No. 1 Alabama in the SEC Championship Game.  Georgia has started four different alignments on the line, including three freshmen and three sophomores, and has managed to average 39.2 points per game.

Georgia is averaging 7.3 yards per play this season, which is the fifth most in the FBS this season and the highest mark in program history.  The Bulldogs have gone three-and-out on just 9.6 percent of drives, also fifth lowest in the FBS.  Georgia has averaged 6.4 yards per rush on first and second down, most in the SEC and fifth most in FBS.   In addition, the Bulldogs racked up 250 rushing yards in eight games this season, which is tied for the most among Power-5 schools. 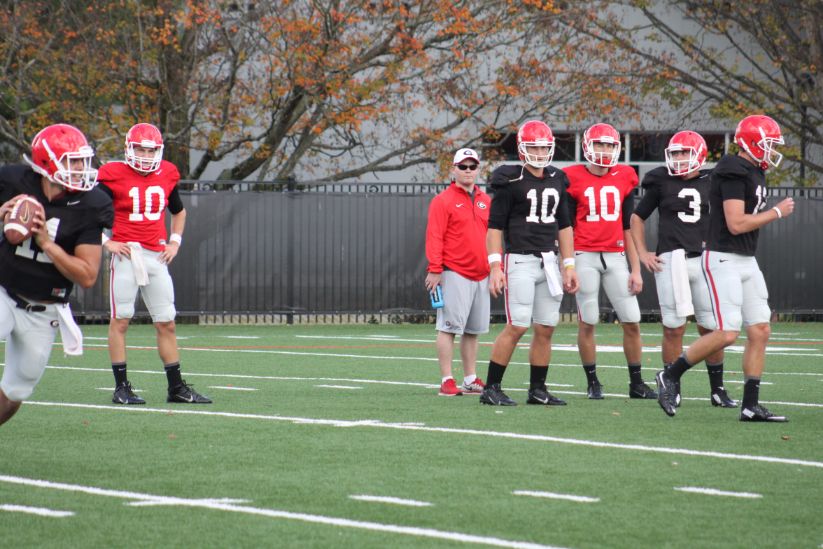 Georgia Undergoes Final Practice Before Trekking to Jacksonville (from UGA) 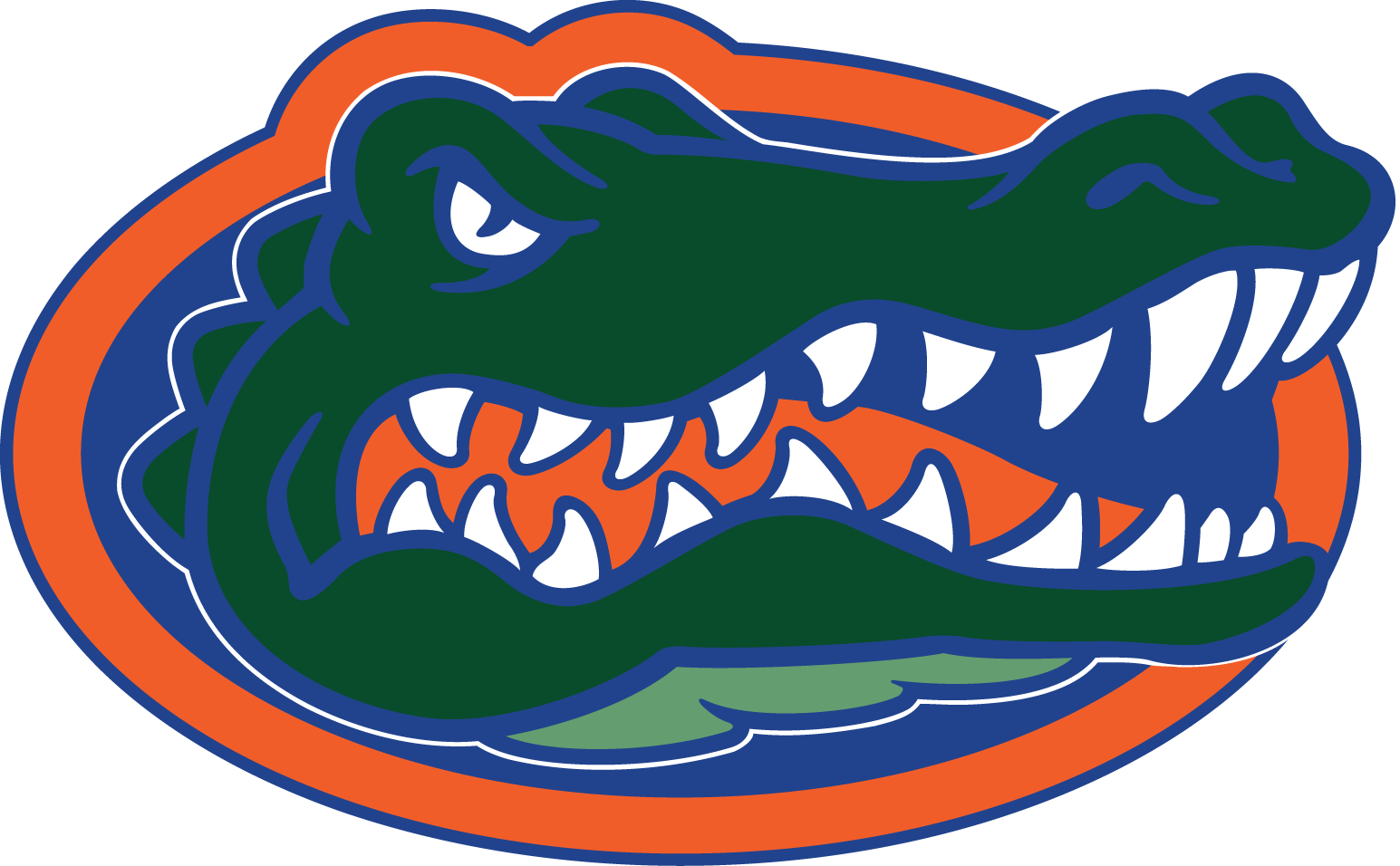 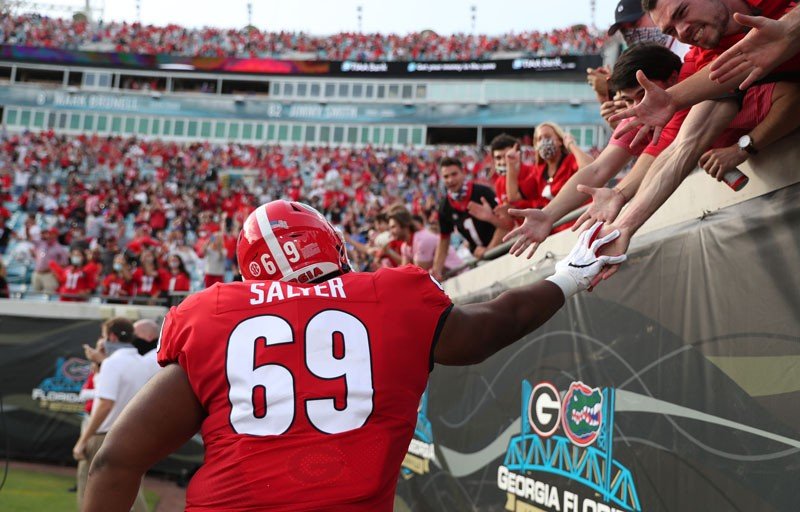