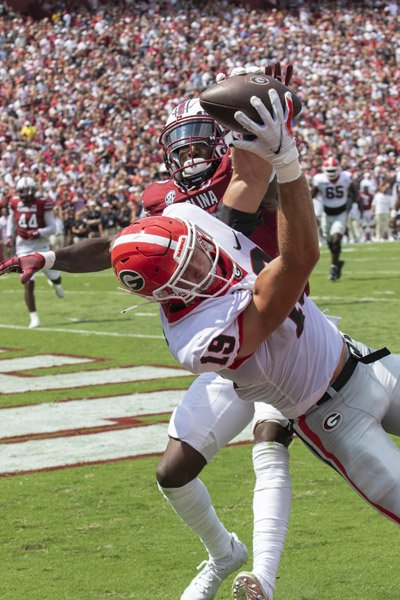 Offense At The Half: Georgia tallied 245 yards of total offense on 35 plays to build a 24-0 advantage. Sophomore tight end Brock Bowers scored two touchdowns, one on a 5-yard run and one on a 6-yard reception. That is the second time in his career (Vanderbilt 2021) that Bowers has had a rushing touchdown and a receiving touchdown. Junior Kendall Milton had the Bulldogs’ other touchdown. Senior quarterback Stetson Bennett was the Bulldogs’ leading passer (13-of-20 for 166 yards, 1 TD) and rusher (two carries for 25 yards). Sophomore receiver Ladd McConkey hauled in four passes for 52 yards. Senior kicker Jack Podlesny drilled a season-best 42-yard field goal.

A Look At The Defense: South Carolina finished the first half with 153 yards of total offense on 32 plays. The leading tackler for the Bulldogs was sophomore linebacker Jamon Dumas-Johnson with four stops. Freshman defensive back Malaki Starks picked off a pass for the Bulldogs. Collectively, the Bulldogs had four tackles for loss. Georgia entered the game leading the nation in Scoring Defense, surrendering just 1.5 points a game. The Bulldogs were the only team in the FBS that had not allowed a touchdown. Georgia has not allowed points in nine out of 10 quarters this season.

Points Off Turnovers: Georgia got seven points off one turnover in the first half. The Bulldogs moved to +4 for the year with 24 points off turnovers, while Georgia has not had any turnovers this year. The Bulldogs got a 2-yard scoring run from junior running back Kendall Milton following freshman defensive back Malaki Starks’ second interception and a career-best 42-yard return. That capped a 5-play, 43-yard drive that just took 2:04.

This and That: South Carolina’s successful fake punt was the first against Georgia since Cincinnati in the 2021 Chick-fil-A Peach Bowl … The Gamecocks’ 46-yard pass play was the longest surrendered by the Bulldogs this year. 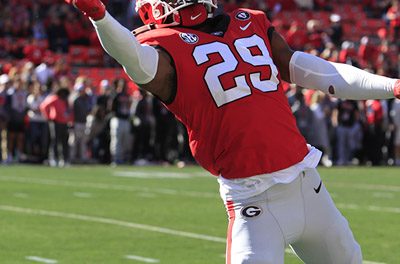 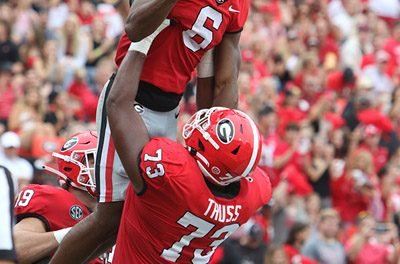