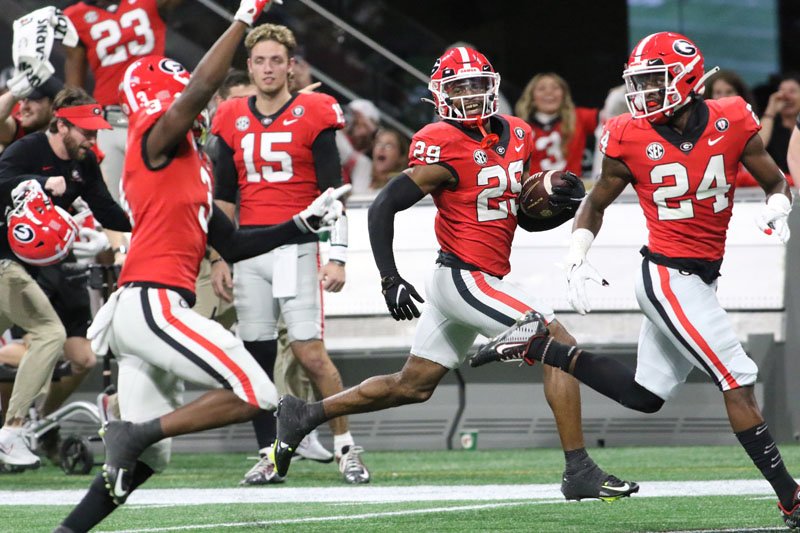 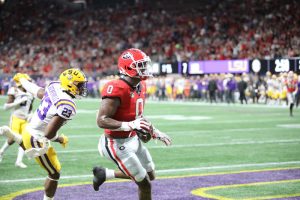 In the first quarter, LSU’s offense was rolling and drove all the way down the field near Georgia’s goal line. On third and goal, outside linebacker Chaz Chambliss came up with the sack to force the Tigers into a field goal attempt.  Then, defensive tackle Nazir Stackhouse blocked the kick.

LSU players started walking over to their sideline, because the play was dead.

Knowing that the ball was still untouched inbounds and the referees had not blown any whistles, safety Christopher Smith stood by and waited for the Tigers to walk close enough to the sideline. Once the coast was clear, Smith took off for a 96-yard touchdown to put the Bulldogs on the board.

That play sparked the Bulldogs in the first half after a slow start. The offense tacked on four more touchdowns to give the Bulldogs a 35-10 halftime lead.

Quarterback Stetson Bennett was responsible for all of those touchdowns, throwing them to four different receivers: Brock Bowers, Ladd McConkey, Darnell Washington, and Dillon Bell.

Bennett did most of his damage in the first half, completing 19 of his 24 passes with 214 yards along with those four touchdowns at the halftime break.

The Bulldog running backs served as the closers for the offense, and did most of the legwork in the second half. The Bulldogs finished with 255 rushing yards (67 in the first half). Kendall Milton was the leading rusher with 113 yards on only 8 carries. Daijun Edwards had 12 carries for 77 yards, and Kenny McIntosh had 14 carries for 55 yards.

Bennett finished 23-of-29 with 274 and four touchdowns. He received the SEC Championship MVP award during the postgame ceremony.

Defensively, the Bulldogs allowed the most points (30) and passing yards (504) they had all season.

LSU quarterback Jayden Daniels left the game with a leg injury, and did not return. However, backup freshman quarterback Brett Nussmeier stepped in and gave the Tigers a fighting chance.

Despite the struggles, Georgia avoided the upset unlike a lot of the top teams vying for a CFP spot.

Georgia improves to 13-0 for the first time in school history. This senior class, who is the winningest in Georgia history, also earns their first SEC Championship.

As the only remaining unbeaten teams, Georgia and Michigan should remain as the No. 1 and No. 2 teams in the CFP rankings. The big mysteries will be who are at 3 and 4 spots with No. 3 TCU and No. 4 USC both losing in their conference championships this weekend. 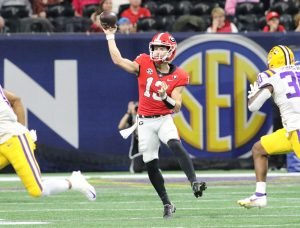 Either way, Georgia will earn a spot in the College Football Playoff and start their national title defense as they await the announcement of their first-round opponent. 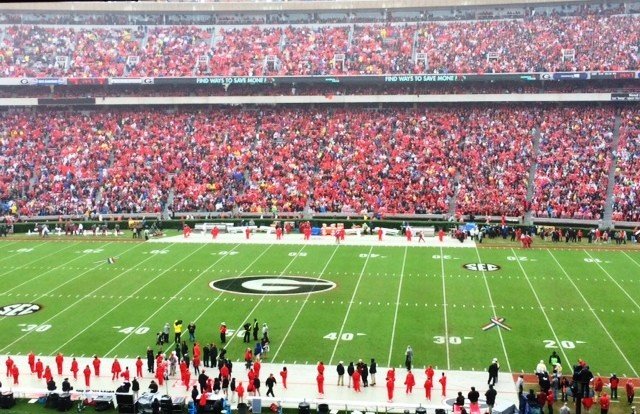 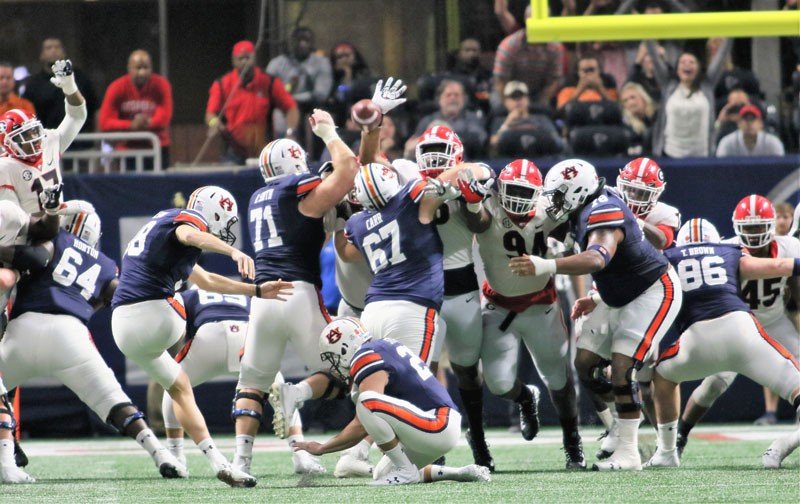 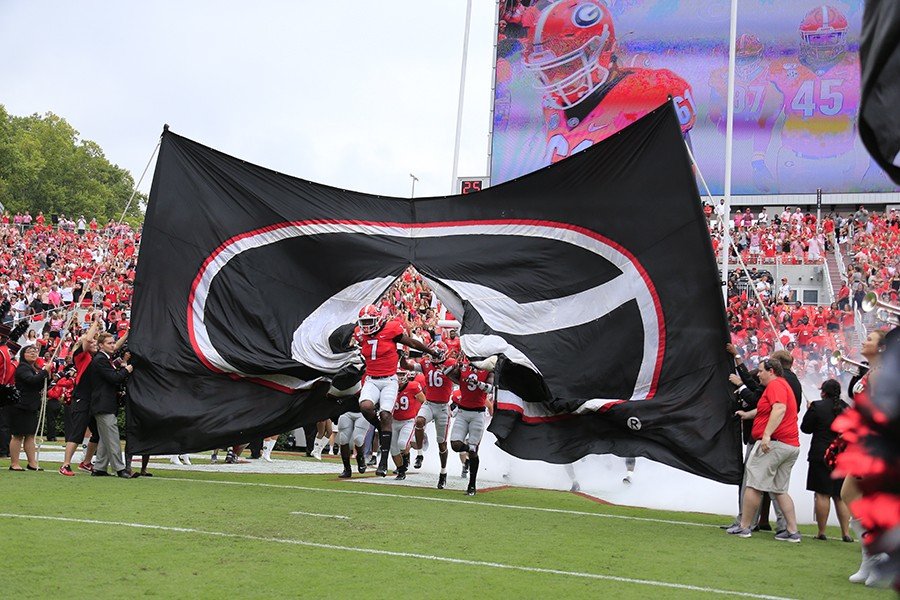