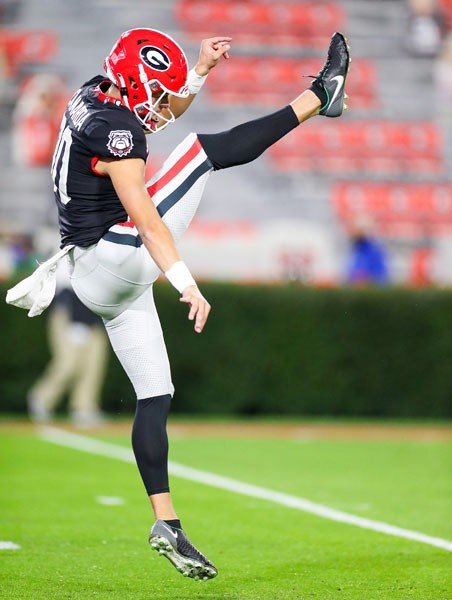 ATHENS, Ga. — Georgia junior Jake Camarda has been named one of three finalists for the Ray Guy Award, which is given to the nation’s top punter.

Earlier in the day, Camarda became the first Bulldog to be named Southeastern Conference Special Teams Player of the Year and to the All-SEC First Team.

Camarda, a native of Norcross, Ga., joins Miami junior Lou Hedley and Georgia Tech senior Pressley Harvin as the award’s three finalists.  Online voting to select the winner runs through Jan. 1, 2021.  The winner will be announced during the virtual Home Depot College Football Awards Show featured on ESPN on Jan. 7 and a Ray Guy Award banquet will be in Augusta later in January.

Former Bulldog Drew Butler, who punted for two different NFL teams for a combined four seasons, won the 2009 Ray Guy Award.  Butler was also a finalist for the Ray Guy in 2010.

Camarda’s punting average of 47.9 would rank second nationally if he had the NCAA minimum of 3.6 punts per game (Camarda is at 3.4 per game).  The Bulldogs’ 42.7 average in Net Punting is ranked seventh nationally.  He has punted 31 times and placed 17 inside the 20 and has 15 that have traveled 50 yards or more.

During opponents’ two punt returns this season, they have only gained a combined two yards.  The two-time 2020 SEC Special Teams Player of the Week is averaging 45.7 for his career.  Butler owns the Bulldog school record at 45.4 for his career.

Camarda is also handling kickoff duties for the Bulldogs.  Georgia is ranked eighth nationally and leads the SEC in Kickoff Return Defense allowing only 16.8 yards per return.  The Bulldogs are also ranked third in the league in Kickoff Coverage (41.3 net average) and fourth in total kickoff yardage (63.5 average).

Also of note with national awards, senior Monty Rice was a finalist for the Butkus Award, which is given to the nation’s top linebacker. 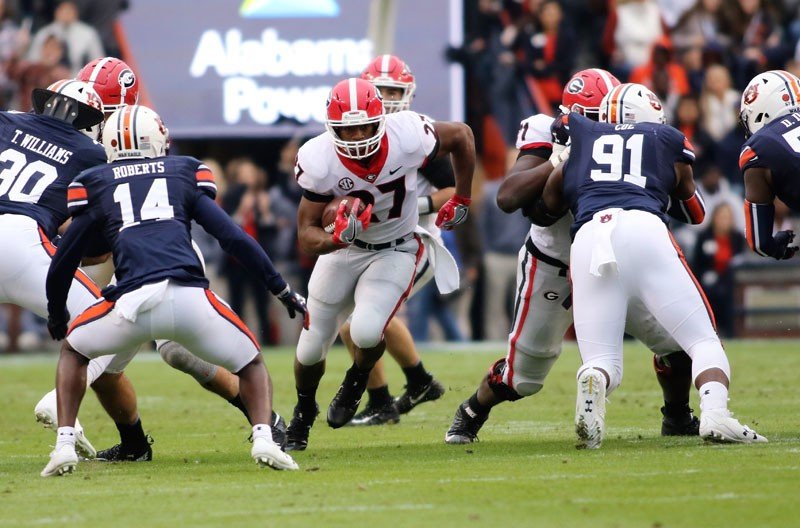 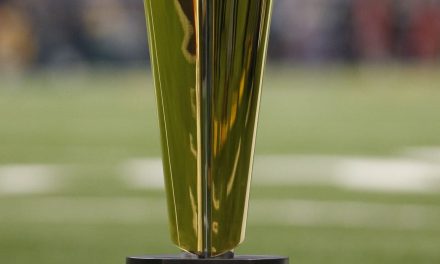