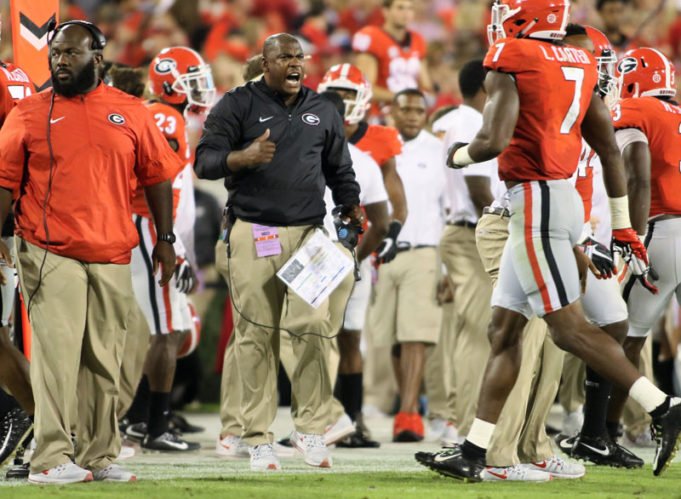 ATHENS, Ga. — Bulldog defensive coordinator and secondary coach Mel Tucker has been included as one of 15 semifinalists for the Broyles Award, given to the nation’s most outstanding assistant coach.

From the list of 15, five finalists will be selected and invited to travel to Little Rock, Ark., where the 2017 Broyles Award winner will be announced on Tuesday, December 5th at the Marriott Hotel.

Georgia’s defense held six of its eight SEC opponents to 14 points or less as the team finished a perfect 6-0 in the SEC East for the first time since divisions were created in 1992.  The Bulldogs posted a 41-0 shutout of Tennessee earlier in the regular season, which snapped the nation’s fourth-longest active scoring streak and sixth-longest streak in college football history.