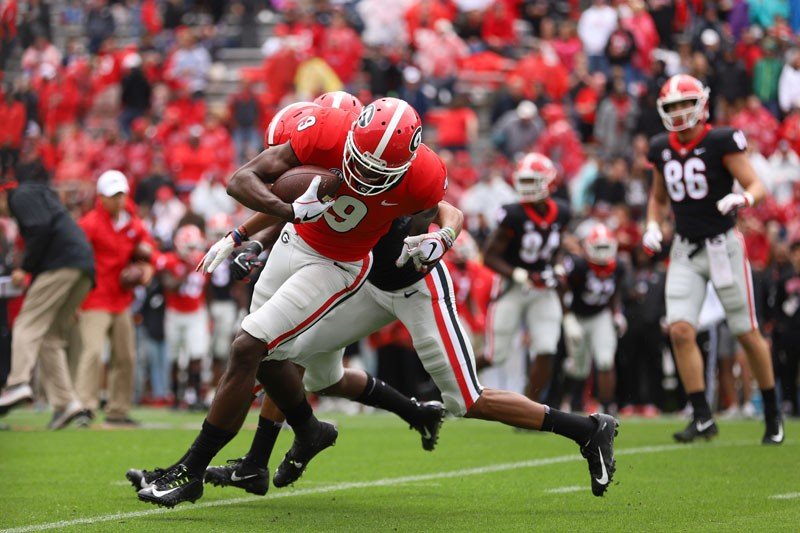 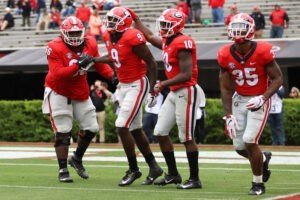 Players celebrate during the G-Day Game in Sanford Stadium in Athens, Ga., on Saturday, April 20, 2019. (Photo by Lauren Tolbert)

ATHENS, Ga. — Quarterbacks Jake Fromm and Stetson Bennett each threw touchdown passes to lift the Red team to a 22-17 win over the Black in Georgia’s G-Day Game on Saturday in front of 52,640 fans at Sanford Stadium and an SEC Network television audience.

“I didn’t throw it as clean as I wanted to today and I thought the DBs played really well,” Fromm said. “I think we’d done a great job the other 14 practices of throwing the ball around and making big plays. It was the spring game and a little bland on offense, but I’m glad we got the opportunity to go out there and play today. … I’m super thankful to the fans who came out with it being Easter weekend and it being a rainy day. We appreciate the fans showing their love and getting to watch the work we’ve been putting in this spring.”

Tailbacks D’Andre Swift and Brian Herrien combined for 10 carries for 64 yards for the Red. KJ McCoy paced the Black with 28 yards.

Receiver Jeremiah Holloman had 54 yards receiving, including a 43-yard touchdown catch, for the Red. Herrien added 50 yards and a touchdown, while tight end Charlie Woerner rolled up 44 yards. Receiver Trey Blount led the Black with 69 yards.

The Red team registered six sacks — one each by Smith; linebackers Robert Beal Jr. and Quay Walker; outside linebackers Brenton Cox and Adam Anderson; and defensive lineman Devonte Wyatt. Brini added an interception for the Red. Stokes had an interception return for a touchdown, while defensive end Justin Young notched a sack for the Black.

Stokes staked the Black to an early lead as he picked off a Fromm pass and returned it 39 yards for a touchdown. Kicker Brooks Buce tacked on the extra point for the 7-0 advantage.

The Red squad responded with a 9-minute, 14-play, 64-yard drive that culminated with kicker Rodrigo Blankenship’s 23-yard field goal to make it 7-3.

Buce extended the Black lead to 10-3 as he converted on a 42-yard field goal.

Herrien helped the Red draw even as he took a 13-yard pass from Fromm into end zone. Blankenship’s PAT sent the teams into the half tied at 10-10.

The Red team took its first lead at 13-10 as Jake Camarda, the Bulldogs’ regular punter, kicked a 49-yard field goal.

The Black went back on top with some trickery as Mathis pulled away for a 39-yard scoring pass from receiver Matt Landers. Buce added the PAT to make it 17-13. Said Landers, “Going through spring with (Mathis), I just knew he was real athletic and has good speed. He played a little bit of everything in high school, so I knew he had some hands. We just came up with that play and executed it well.”

The Red took the lead for good as Bennett found Holloman on a 43-yard pass and catch for a touchdown. Camarda’s extra point attempt was blocked, leaving the margin at 19-17.

Kicker Jack Podlesny capped the scoring by drilling a 38-yard field goal for the Red.

The Bulldogs will open the 2019 schedule at Vanderbilt on Aug. 31. Georgia’s first home game will be Sept. 7 against Murray State. 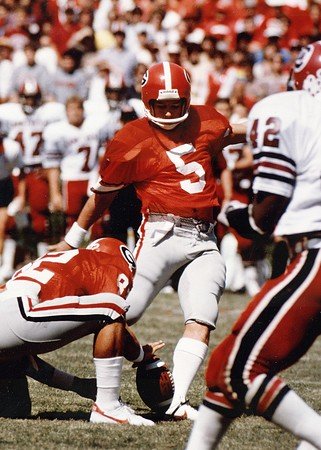 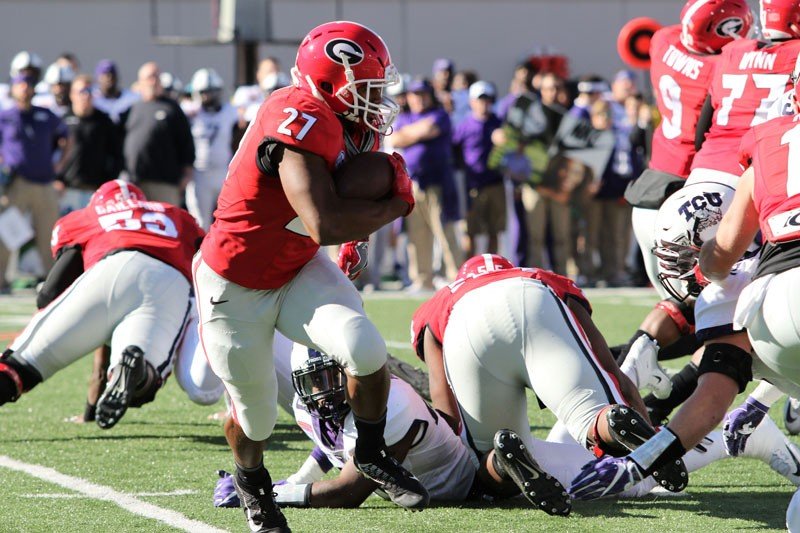 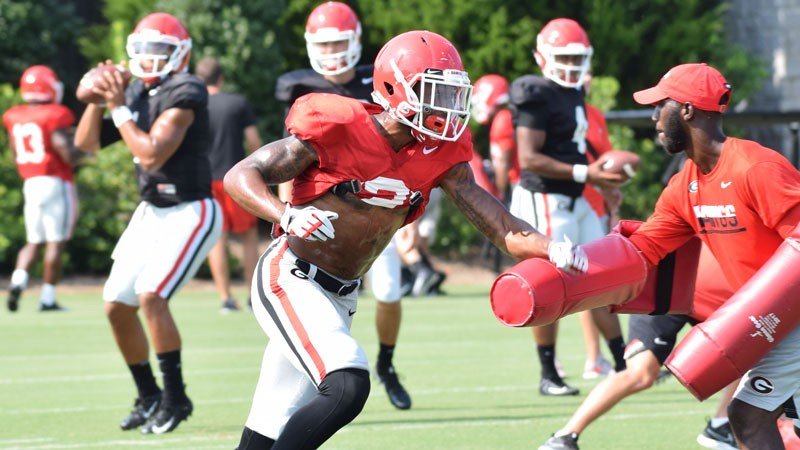