ATHENS—Fresh off an impressive 34-7 victory over rival Auburn and with a meeting looming against FCS-opponent Charleston Southern this Saturday, head coach Mark Richt faced the media this afternoon in a cheerful mood. The Georgia head coach even appeared upbeat when asked about his team without—again—Todd Gurley, whose Bulldog career most likely came to a complete end after suffering a torn ACL against the Tigers.

“We basically know who’s healthy or not healthy, or who’s eligible to play or who’s not eligible to play,” Richt began regarding how his offense copes in Gurley’s absence, “and we get those guys ready to play. We keep marching on.”

Richt interestingly indicated today that if he was beginning his coaching career again as an assistant, he’d want to coach offensive linemen. The head Bulldog had high praise for those upfront who had blocked for Gurley and his fellow backs in 2014—the unsung offensive line unit, which although often unrecognized individually, has been outstanding thus far this season.

“If we just keep doing our job the way we’ve been doing it right now, people can talk about [Aaron] Chubb, [Brendan] Douglas, and Sony [Michel] all day long—give them all the credit,” junior offensive guard Greg Pyke added when asked about offensive linemen generally going unnoticed. “We know we’re doing a good job upfront.”

In regards to the “blackout” Saturday night at Sanford Stadium, where at least 90 percent of the Bulldog crowd was donned in black, Richt was asked with at least three games remaining this year—maybe as many as five—if his players might join in and wear black jerseys before the season ended.

“No,” the head coach replied conclusively. “Maybe next year.”

Richt stated that his “goal” would be to have one game—a “planned event” and not a surprise unveiling—during the 2015 season when the Bulldogs would wear black jerseys. “We are Georgia. We are the red and black. It would be pretty natural for us [to wear black jerseys for one game],” he said.

The Bulldogs were also asked if facing Charleston Southern—a Division III program as recently as the 1990s and a team which endured a 15-game losing streak ending just two seasons ago—was a time to completely rest standout players, and a situation where it might be difficult to carry over the intensity from the Auburn game.

“It is a little bit difficult [to carry over the intensity], but it’s just another time to compete,” receiver Michael Bennett said. “We’re competitors and it doesn’t matter who we’re playing. Charleston Southern has a good team. They’re 8-and-3 and they’re a hard, physical team.”

Since halting their 15-game losing streak in 2012, the Buccaneers have a 23-9 record, including 8-3 this season which includes a narrow 21-20 loss to Vanderbilt in early October.

“I’ve said this before and I mean it, it’s hard to beat teams that are used to winning,” Richt declared. “You can’t [completely rest standout players]. That’s why people get beat. They start thinking something different other than get your tail ready for a war.” 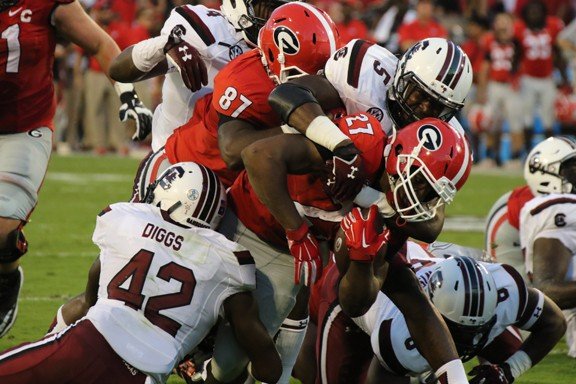 All Attention Is On History-Making Meeting vs. Southern 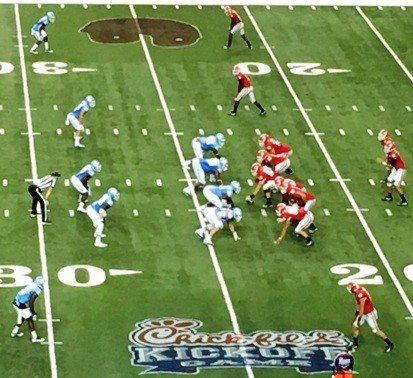 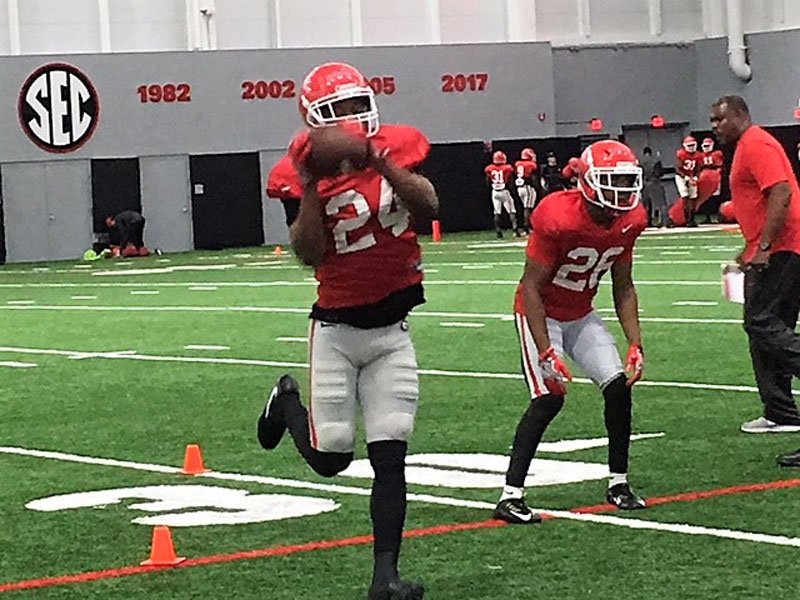 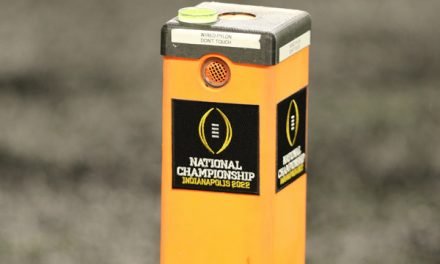