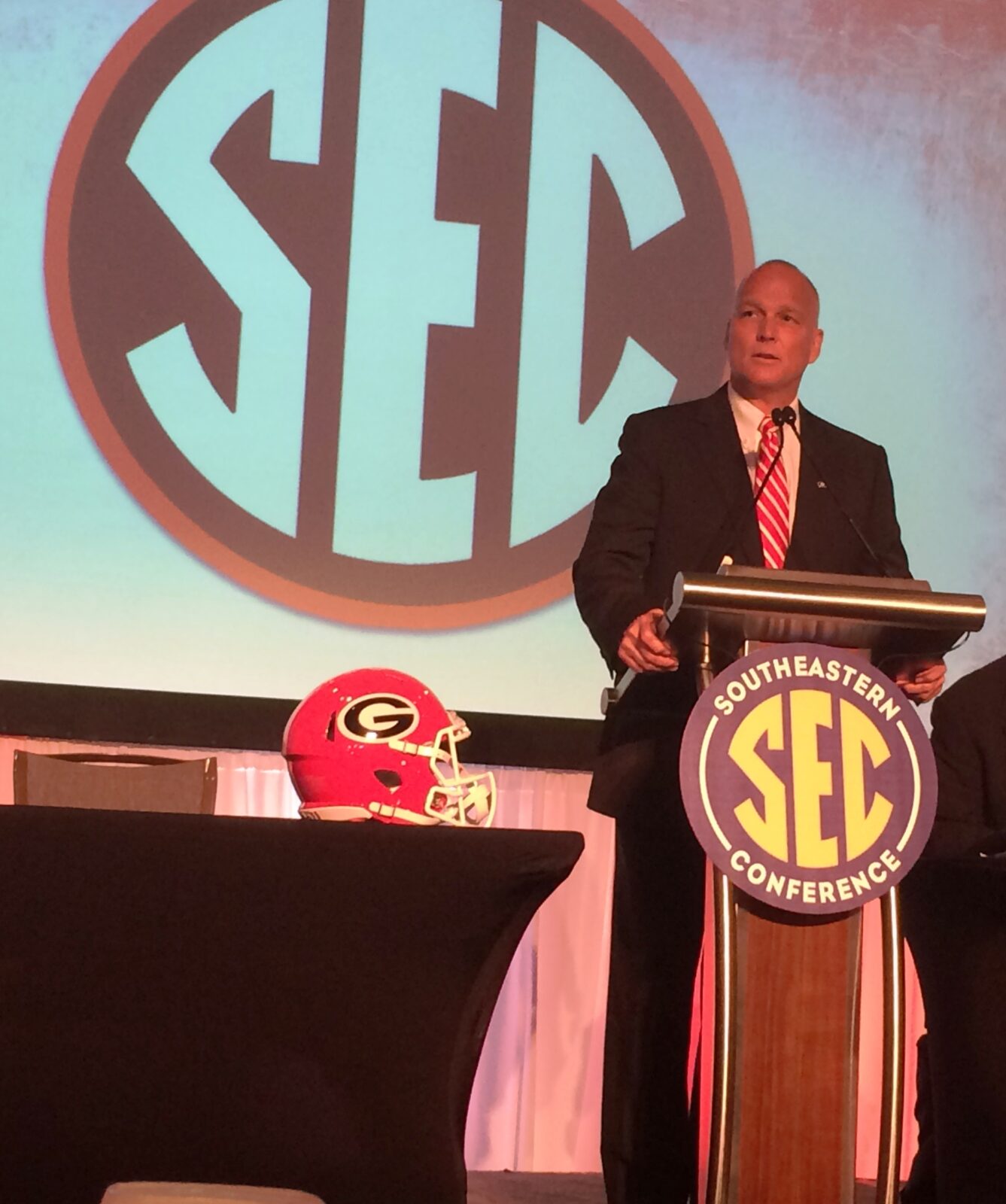 Hoover, Ala. — With 11 schools down and three remaining, head coach Mark Richt and Georgia’s three player representatives finally took to the podium Thursday morning during the fourth and final day of SEC Media Days.

Richt was questioned in regard to what was likely on the minds of most media members: star sophomore tailback Nick Chubb, and the Bulldogs’ quarterback situation, which remains undecided—“we have no idea who the starter is going to be,” according to Richt—despite sophomore Brice Ramsey being listed No. 1 on a recently released depth chart.

Richt was eventually asked a question which seemed so simple, yet finding an answer could be quite challenging for some: Who did the head coach expect to be the team’s leaders this season?

“[John] Theus has taken charge of the offensive front,” Richt said without hesitation. “Malcolm Mitchell has worked diligently with the receivers.” Next, Richt mentioned linebacker Jordan Jenkins, implying three of the team’s top leaders happened to be the trio which accompanied him on the trip to Alabama. Theus was the Bulldogs’ offensive representative, Jenkins for the defense, while Mitchell was the “Beyond the Field” representative, or the player with a compelling story outside of his athletic endeavors. The three anticipated team leaders for 2015 are all seniors who have combined to start a whopping 89 games for their Georgia careers.

Mitchell, who once struggled to read, but now is a prolific reader, and reads regularly to children, appeared carrying a children’s book he recently authored, The Magician’s Hat. Richt wrote the foreword to the book.

The new author, and apparently leader, was asked about his leadership qualities when working with his fellow receivers. “I tell them to be patient,” Mitchell said. “To do the best you can do, and control the things you can control.”

When giving advice to inexperienced linemen, Theus echoed Mitchell’s directive that only things which are controllable can be controlled. “I think it’s important to let [inexperienced teammates] know to control what they can control,” Theus said. “They shouldn’t concern themselves with [any hype]—good or bad. Just go out there and give it your all every day.”

Apparently, the Bulldogs, at least defensively, concerned themselves with “clutter” as defensive coordinator Jeremy Pruitt describes it. “We let the clutter get to us,” Jenkins claimed. “For example, we had the Todd [Gurley] situation (the departed tailback’s suspension last year, and his anticipation return to the team), and our minds immediately went to two games down the road, three games down the road [instead of the present].”

Perhaps, it’s the “clutter” which was primarily responsible for Georgia losing three games in both 2013 and 2014 when the Bulldogs entered as significant favorites of six or more points. However, according to Jenkins, Georgia has a new mindset, changing the way it will approach every game this season. Such transformation would be a true tribute to the three Bulldog players at SEC Media Days, who evidently serve roles much more than as simply team representatives.

“We’re not going to show the amateur side of us that we did [during the 2013 and 2014 seasons],” Jenkins declared. “We have a different mindset, and are more mature mentally.” 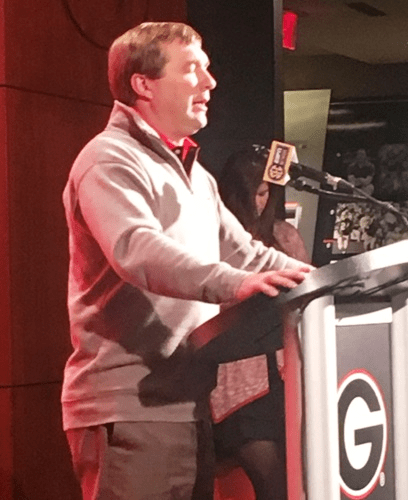 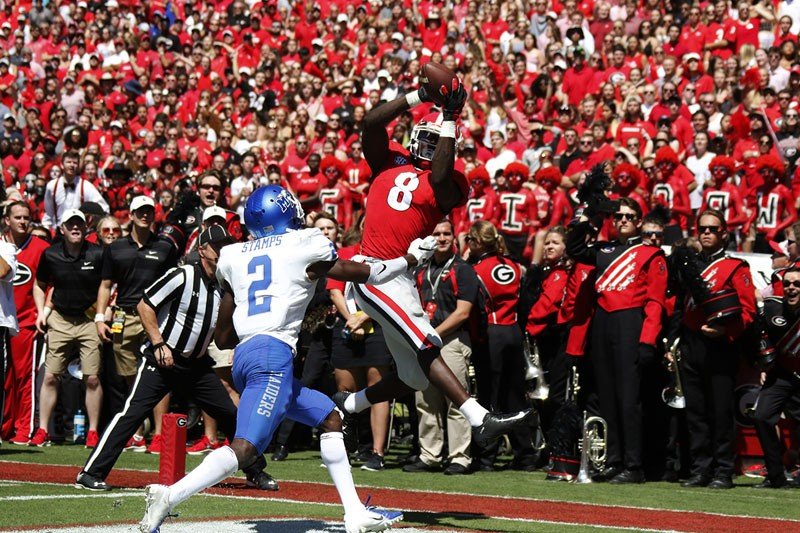