ATHENS—This afternoon at the UGA football practice facilities, the Bulldogs held their annual “Pro Day” in front hundreds of media, guests, and NFL scouts. Twenty-nine of the 32 NFL teams were represented by at least one scout.

Seventeen Georgia players participated in the broad and vertical jumps, agility and position drills, performed the bench press, and the 40-yard dash. A handful of former Bulldogs participated as well, notably, linebackers Rennie Curran (2007-2009) and Michael Gilliard (2009-2012), hoping to regain the attention of the pros.

Two players from last season’s squad participated, so to speak, but were injured and here entirely in support, including the most sought-after Bulldog of them all—NFL-Draft-bound Todd Gurley, who is rehabbing his torn ACL.

“I’m keeping [NFL teams] up with my rehab,” Gurley responded when asked about his recent contact with the league. The star tailback mentioned he has been visiting the renowned Dr. James Andrews—the orthopedic surgeon who performed Gurley’s surgery—at the Andrews Institute in Pensacola, Fla. As far as today’s Pro Day, “I’m here in support for my teammates,” he stated.

Receiver Michael Bennett was also present but not participating due to a torn ACL he suffered in the Belk Bowl.

For those performing, they were encouraged, primarily by the new Director of Strength & Conditioning, Mark Hocke, and defensive graduate assistant Kelin Johnson, with shouts of “Seize the moment!” and “Everyday is an interview!” among numerous others.

Safety Corey Moore shined, running the fastest 40-yard dash of everyone (4.53) while having the longest broad jump (10 feet). Center David Andrews had the best bench press (27 reps of 225 pounds), followed closely by nose tackle Mike Thornton with 26 reps. Of the 12 competing in the vertical jump, linebacker and special-teamer Kosta Vavlas clearly had the highest mark by three-and-a-half inches with a jump of 36 inches.

A number of the guests even received some attention at today’s event, like former Georgia coaches Mike Bobo and Will Friend, both coaching now at Colorado State, returning to Athens to observe their former players. Colorado State had its Pro Day on March 10th.

Notwithstanding, the individual drawing the most attention was the standout player who was there simply for support.

“Good thing I’ve got a little film to prove something,” Gurley said of his inability to perform in front of today’s NFL scouts. The projected first or second-round selection has already visited with the Detroit Lions and is planning to meet with the Carolina Panthers this week. The Lions and Panthers pick 23rd and 25th, respectively, in the first round of the NFL Draft.

As far as if Gurley was planning on meeting with any other NFL teams in his immediate future, “I really don’t want to comment,” he said. However, the sense is one of the greatest players to ever don a Bulldog uniform still has a number of stops to make before hearing his name called during the upcoming draft. 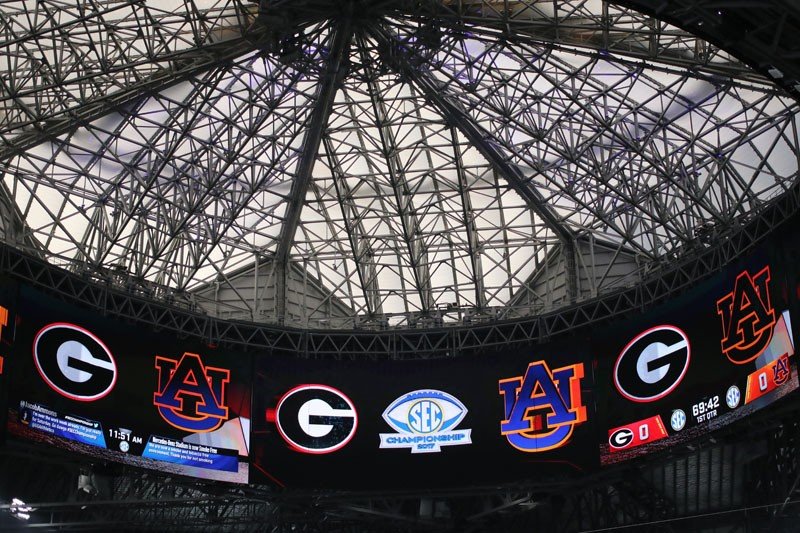