How the Bulldogs in the NFL fared in Week 4 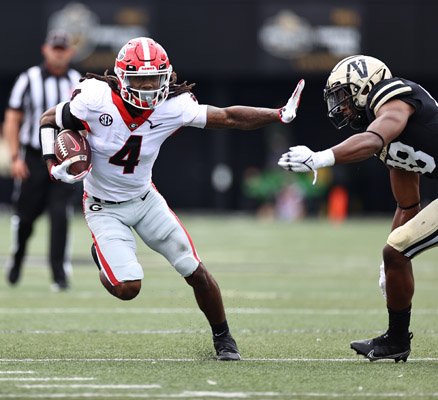 Tae Crowder, ILB: Led New York with 11 tackles, including a sack, forced a fumble, and recorded a quarterback hurry.

Azeez Ojulari, OLB: Made two tackles, including a sack, and forced a fumble for the Giants.

Jordan Davis, DL: Had four tackles, including one for loss, for the Eagles.

Nakobe Dean, ILB: Appeared on 17 special teams plays and made one tackle for Philadelphia.

Tyson Campbell, DB: Recorded five tackles and defended a pass for the Jaguars.

Travon Walker, OLB: Posted five tackles, including one for loss, for Jacksonville.

Lorenzo Carter, OLB: Rolled up seven tackles, defended a pass, and posted a quarterback hurry for the Falcons.

Nick Chubb, RB: Ran for 118 yards and a touchdown on 19 carries and caught two passes for nine yards for Cleveland. Stands second in the NFL with 459 yards and five touchdowns.

Richard LeCounte, DB: Appeared on 11 plays with no stats in his season debut with the Browns.

Tre’ McKitty, TE: Caught a 4-yard pass for the Chargers.

James Cook, RB: Saw action on two offensive plays with a target but no stats for the Bills.

Isaiah McKenzie, WR: Caught four passes for 21 yards and a touchdown and returned two kickoffs for 46 yards for Buffalo.

Eric Stokes, DB: Had five tackles for the Packers.

Quay Walker, ILB: Posted seven tackles, including one for loss, and a special teams stop for Green Bay.

Devonte Wyatt, DL: Registered one tackle for the Packers.

David Andrews, OL: Played all 58 snaps at center and helped the Patriots roll up 271 total yards.

Jonathan Ledbetter, DL: Appeared on seven defensive and two special teams plays with no stats for the Cardinals.

Zamir White, RB: Had two carries for 24 yards for the Raiders.

Malik Herring, DL: Appeared on seven defensive plays with no stats for the Chiefs.

Jake Camarda, P: Punted three times for a 41.7-yard average, kicked off six times, held on four extra points and one field goal, and made a special teams tackle for Tampa Bay.

Charlie Woerner, TE: Appeared on 22 special teams plays with two tackles and 19 offensive plays with one target for San Francisco.

Leonard Floyd, OLB: Posted five tackles, including one for loss, for Los Angeles.

Derion Kendrick, DB: Had three tackles and defended a pass for the Rams.

Trey Hill, OL: Was active but did not see any action for Cincinnati.

Channing Tindall, OLB: Appeared on 13 special teams plays with no stats for the Dolphins.

Lewis Cine, DB: Fractured his left leg on a special teams play for the Vikings in London and will miss the rest of his rookie season following surgery. 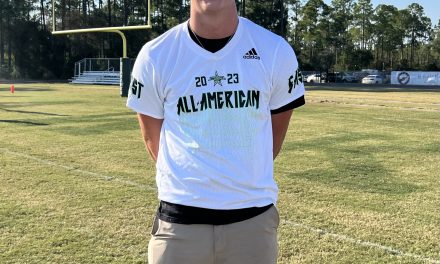 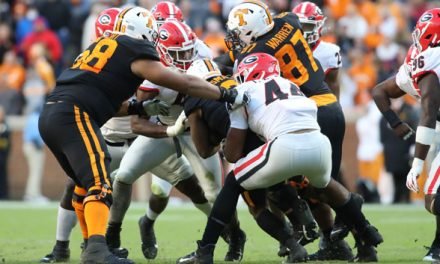 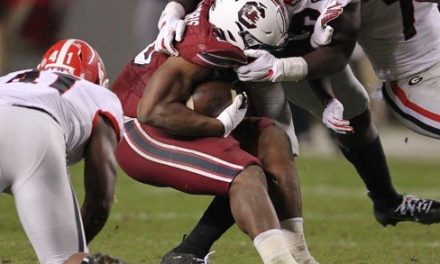