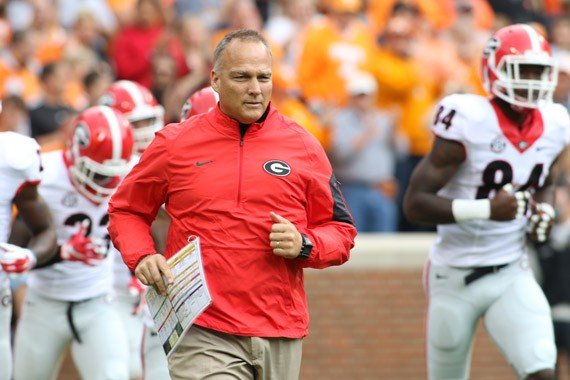 KNOXVILLE, Ga.—Following a four-touchdown loss to Alabama at home last Saturday, and facing essentially a “must-win” game on the road today in Knoxville, the 19th-ranked Georgia Bulldogs let a seemingly commanding 24-3 lead over Tennessee late in the second quarter evaporate to lose to the Volunteers, 38-31. For Georgia, after suffering last week its worst home loss in 20 years, allowing the Tennessee comeback was the Bulldogs’ second-worst blown lead ever—in their entire 122-season history, trailing only the 1978 Bluebonnet Bowl when Georgia led Stanford 22-0, but lost 25-22.

On the first offensive play of the afternoon, the Bulldogs were dealt a detrimental blow in the game, which may impact the entire season, when sophomore sensation Nick Chubb injured a knee on a two-yard gain out of bounds. Chubb would not return to the game.

“[Chubb] was in pain, physical and mental pain knowing that he wasn’t going to be able to finish out this game,” Georgia head coach Mark Richt said following the loss.  “I really don’t know for sure [the extent of the injury]. We are optimistic that it won’t require surgery, but we can’t tell 100 percent.  I don’t want to give too much information because I don’t know for sure.”

Despite the loss of Chubb, the Bulldogs were rather impressive in all three facets of the game for roughly a 20-minute stretch during the first half. Georgia scored touchdowns on a 96-yard fumble return by linebacker Leonard Floyd, a 70-yard punt return by receiver Reggie Davis, and a 28-yard touchdown pass from Greyson Lambert to Malcolm Mitchell.

For the contest, Lambert finished with 279 yards on 15-of-32 passing, two touchdowns and no interceptions. Filling in for Chubb, Sony Michel added 145 rushing yards on 22 carries. But, it would be a critical fumble by the sophomore tailback which would fuel the Tennessee rally.

After the Volunteers scored on a touchdown pass from Joshua Dobbs to Josh Smith, resulting on a drive where Tennessee converted two fourth-down plays, Michel fumbled the ensuing kickoff. Five plays later, Dobbs passed for his second touchdown with 28 seconds remaining until halftime, pulling the Volunteers to within a touchdown, 24-17.

“We made a lot of mistakes, and I feel like I made the biggest mistake to turn this game around,” Michel said of his fumble. “I kind of want to take this game upon myself – I feel like we lost this game because of me.”

Michel’s fumble may have contributed to the Georgia loss, but it was the Bulldogs’ defense which was severely flawed, beginning late in the first half and especially down the stretch. After Tennessee’s first seven offensive possessions resulted in merely three points, five of its next seven drives produced touchdowns.

For the game, the Georgia defense allowed 519 yards, 332 of which were yielded after the three-and-a-half-minute mark until halftime, on a whopping 90 plays. The yardage allowed was the most by the Bulldogs since Jeremy Pruitt became their defensive coordinator beginning in 2014.

“Number one [Jalen Hurd] for them is a big man,” Pruitt said of the repeated missed tackles on the Tennessee running back. “And, when you let him get going, you have to bring your feet.  We didn’t do that on occasion.”

The Bulldogs didn’t “bring their feet” in attempting to tackle Hurd, and especially quarterback Dobbs, while occurring more so than just “on occasion.” Hurd rushed for a hard-earned 80 yards on 21 carries, while Dobbs was absolutely spectacular, producing one of the greatest performances by an opposing quarterback in Georgia history. The junior quarterback rushed for 118 yards on 18 carries, while completing 25-of-42 passes for 312 yards. He was responsible for all of Tennessee’s five touchdowns—three passing, two rushing—the final of which came on a 5-yard run with 5:48 remaining in the contest, breaking a 31-31 tie.

Trailing 38-31, the Bulldogs had two shots on offense in an attempt to tie the game. Resulting in a punt, the first drive featured a dropped pass by Davis from Lambert which assuredly would have been a touchdown. Beginning at its own 1-yard line, Georgia’s final drive reached Tennessee’s 22-yard line, but a Lambert pass intended for Malcolm Mitchell on the final play of the game fell incomplete in the end zone.

The Bulldogs’ loss snapped a five-game winning streak over the Volunteers, while giving Tennessee the edge in an all-time series which had been tied 21-21-2 entering today. More so, the 38-31 defeat most likely eliminated any opportunity for Georgia to eventually capture the SEC Eastern Division—an annual goal the Bulldogs haven’t realized in three seasons.

“I don’t know yet, it’s a wild league,” Richt replied when asked about this loss impacting his annual goal. “A lot of teams are capable of beating each other.  We are definitely not losing hope by any means of our goal to get to Atlanta. We know our big thing is to get better.”

For any chance of Georgia getting to Atlanta for December’s SEC Championship Game, the league will indeed have to become “wild,” while the Bulldogs certainly must get better—much better—than what they’ve exhibited in disappointing and discouraging performances the last two weeks. 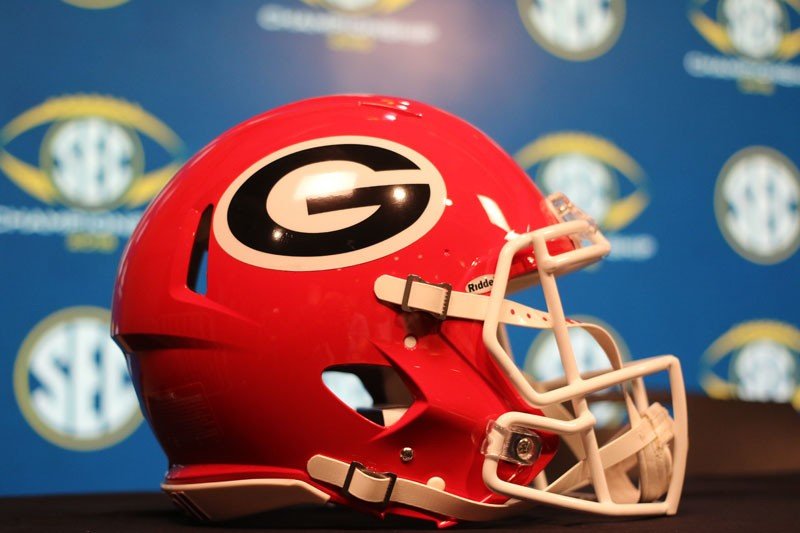 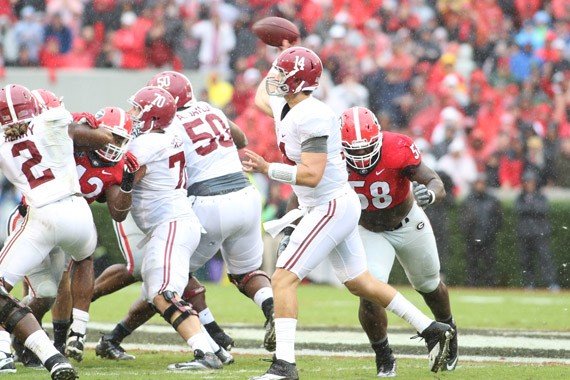